We hear you, Varun Dhawan 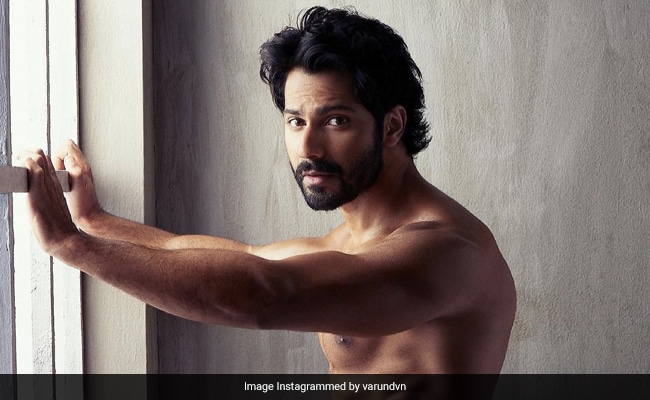 Varun Dhawan picked a rather surprising occasion to share a set of pictures that he posted on his Instagram profile on Thursday. What the actor described as an "April Fools' Day" post, features shirtless pictures of the actor. The actor who looks super fit in the drool-worthy pictures, wrote in his caption: "Eat your veggies." He added a couple of emojis to the post - leafy veggies, broccoli and corn. In not time, the actor's post was filled up with fire and heart emojis from his fans on Instagram and TBH, we are not surprised at all.

The actor frequently shares pictures and videos from his workout sessions, which include animal flow, lifting weights and more. See some of the posts here:

Varun Dhawan, who had been dating designer Natasha Dalal for several years, married her in Alibaug earlier this year. Varun Dhawan and Natasha Dalal's love story began in school. The couple had a 2020 wedding scheduled. However, they had to change the plan due to the COVID-19 pandemic and the lockdown.

Varun Dhawan, star of films like October, Humpty Sharma Ki Dulhania, ABCD 2, Badlapur and Dilwale, made his Bollywood debut with the 2012 film Student Of The Year. He was last seen in the remake of Coolie No 1 with Sara Ali Khan. Varun's next project is Jug Jugg Jeeyo, co-starring Anil Kapoor, Neetu Kapoor, Kiara Advani and Prajakta Koli. His line-up of films also includes Bhedia, with Kriti Sanon.