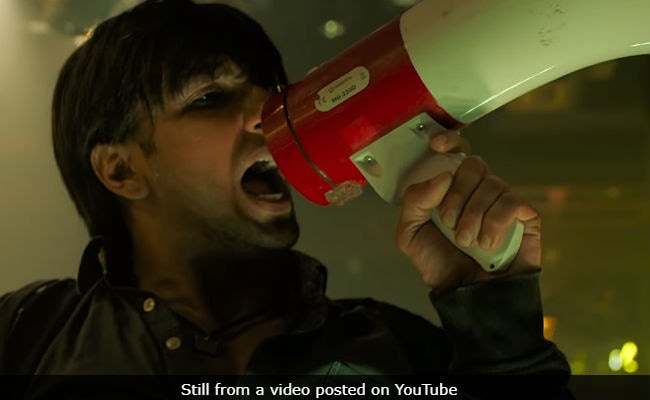 Apna Time Aayega, snippets of which we've heard in the trailer and teaser of Gully Boy, hit the Internet on Monday. Apna Time Aayega picturised on Ranveer Singh' has poignant lyrics (written by rapper Divine and Ankur Tewari) which may make the song a youth anthem in days to come. The song starts with Ranveer Singh's character being pushed by his coach to train harder to become the 'Gully rapper' he eventually becomes. Scenes in the song's video depict the character's journey and determination to become a famous rapper. Ranveer Singh plays the role of an underdog rapper who becomes a sensation in the world of hip hop. Apna Time Aayega has been composed by Dub Sharma and Divine and rapped by Ranveer Singh.

Alia Bhatt and Kalki Koechlin also appear in the song. However, this is the rapper's journey as narrated onscreen by Ranveer Singh.

Gully Boy, directed by Zoya Akhtar, is inspired by the struggles and work of rappers Divine and Naezy, both of whom have been closel associated with the project. "It is not a biopic on Divine and Naezy. It is a fictional story. It is inspired by them and their music. They worked with us on the script to make it authentic. There are lot of things from their life but it is not a biopic," Zoya earlier told news agency PTI.

Gully Boy will open in cinemas on February 14, less than two months after Ranveer Singh played a robust cop in Rohit Shetty-directed Simmba. Ranveer's character Gully Boy is drastically different from his portrayal of muscular and loud Simmba.

Ranveer Singh And Rohit Shetty To Set Up Camp For Cirkus, An Adaptation Of The Comedy Of Errors