Ranveer Singh: Was Born To Do Gully Boy, Would've Been Jealous If Any Other Actor Was Cast

Ranveer Singh said, "When somebody told me about the script of Gully Boy, I told them that it is my film" 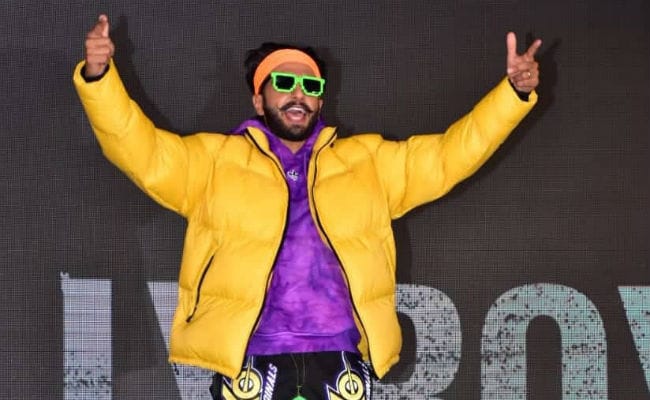 Ranveer Singh at the trailer launch of Gully Boy

After the blockbuster Simmba, actor Ranveer Singh is all set to present his much-anticipated film Gully Boy, the trailer of which released on Wednesday. In Gully Boy, Ranveer plays a street rapper. Speaking at the trailer launch of the film in Mumbai, the 33-year-old actor said that he would have been 'jealous' if some other actor was signed for the film, reports news agency IANS. Ranveer also added the he was 'born to do Gully Boy. "When somebody told me about the script of Gully Boy, I told them that it is my film. If any other actor would have been a part of this film instead of me then I would have got burnt with jealousy. I was born to do Gully Boy and I knew only I can pull off this character," IANS quoted Ranveer as saying.

Gully Boy is directed by Zoya Akhtar and stars Alia Bhatt opposite Ranveer Singh. Alia plays a feisty young woman. This is Ranveer and Alia's first film together. "I really don't know what to say about Alia (Bhatt). I don't know how she happened to us. We are lucky that we have an actor like Alia Bhatt as a part of our cinema," Ranveer said.

As seen in the trailer, Ranveer Singh's character raps every time and he did the same during the launch. IANS reports that he was answering every question via rap.

Of the film, Ranveer added, "It's a coming together of too many things that are very dear to me. It has rap, hip-hop music which I loved since I was a kid and it is set in my motherland Mumbai."

Gully Boy is said to be based on the story of rappers Divine and Naezy (Naved Shaikh). Asked about what inspired Zoya Akhtar to make a film like Gully Boy, set in the streets of Mumbai, she said, "When I was editing Dil Dhadkne Do in 2014, that time my editor Anand Subaya actually showed me a video of an artiste called Naezy who was like 21 years of age and he had put a song called Aafat. That's the first time I saw a real and authentic rap what now is called as Gully Rap. It's just stuck in my head and from that moment, till now, it's just took me on a journey to make this film."