'Not A Biopic', Director Zoya Akhtar Explains What Ranveer Singh, Alia Bhatt's Gully Boy Is About

"It is not a biopic on Divine and Naezy. It is a fictional story," said Zoya Akhtar 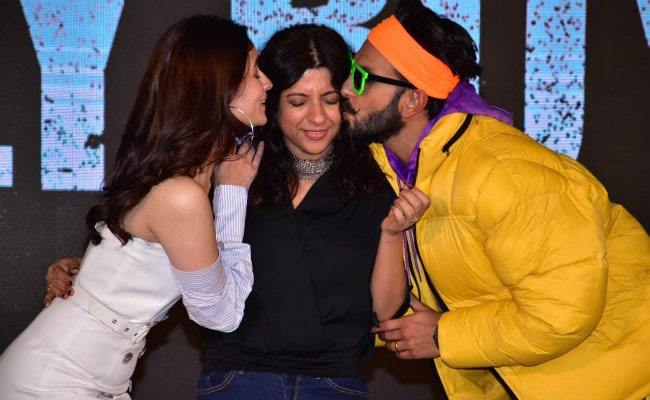 Filmmaker Zoya Akhtar says she is surprised by the criticism that her films revolve around the elite class because for her, such things are just the background and not the real story. Her last two films Zindagi Na Milegi Dobara and Dil Dhadkane Do were set in the high society while her upcoming feature film Gully Boy dives deep into the hip-hop culture of Mumbai streets through the story of an up and coming rapper.

"I am always pleasantly surprised by the criticism because I learn from it and sometimes shocked by it. I don't know what will come my way but I will continue to tell stories that excite me. I feel human beings are same everywhere, they work from a gamut of emotions the rest is just backdrop," Zoya told reporters here at the trailer launch of Gully Boy.

Zoya said Gully Boy is not a biopic of underground rappers Divine and Naezy but a fictional account of the rap culture.

"It is not a biopic on Divine and Naezy. It is a fictional story. It is inspired by them and their music. They worked with us on the script to make it authentic. There are lot of things from their life but it is not a biopic."

Zoya said she was shocked when she learnt how big the rap culture is in India and feels they should be given the right platform to showcase their talent.

"It is big in India. On YouTube, the artistes have 22 million views. It is just that they are not given the platform they should be given."

"They are extremely positive, hopeful and idealistic and out to change the world. This is very contagious. We want to put that in our film. They are artiste and they have the dream to change everything."

Zoya, who is working with Ranveer Singh after Dil Dhadkane Do, is all praise for the actor.

"He is extremely sensitive, he is an actor and he knows what he has to do. He does his first take, gets all the energies out and then he is ok in the second take," she added.