Ankita Lokhande Sums Up Her Definition Of "Happiness" In This Post

Ankita Lokhande's smile says it all 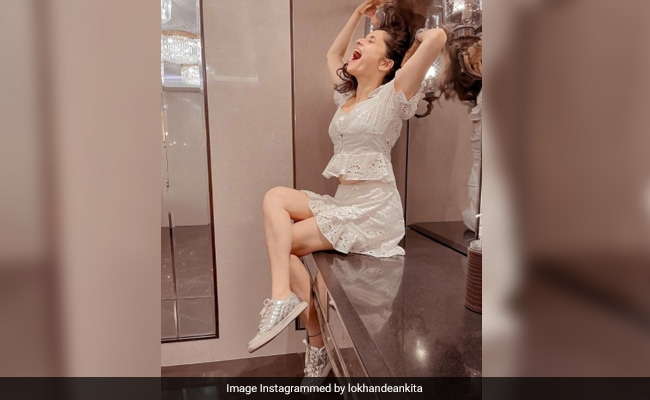 TV star Ankita Lokhande, who loves to share posts from different facets of her life, added another one to her collection on Thursday. In the post, the Pavitra Rishta actress summed up her idea of happiness. She posted a set of stunning pictures, in which she can be seen happily posing for the camera. Her smile in the photographs says it all. She wrote: "Happiness is an inner joy... It's a delicate balance between 'What is want and what I have'..." She picked a lace outfit from the shelves of How When Wear. She wore matching shoes with her OOTD.

Over the weekend, the actress addressed the rumours about her participation in Bigg Boss 15 and wrote: "It has come to my notice that certain sections of the media have been speculating that I will be participating in Bigg Boss this year. I would like them and everyone at large to know and make a note that I am not going to be a part of the show. The rumours of my participation are baseless." She added, "People have been too quick to send me their hatred for something that I'm not even a part of."