Anil Kapoor's "Last Day Of Treatment" In Snowy Germany. "How To Beat Your Content," Asks Masaba 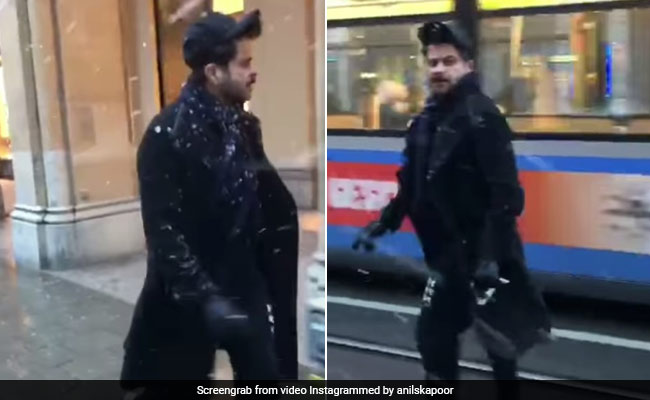 Anil Kapoor in a still from the video. (courtesy: anilskapoor)

Anil Kapoor loves to document different facets of his life on social media and on Friday, the actor shared a video from his Germany diaries. The actor, on his last day in Germany, shared a video of himself strolling on the streets. For the snowy day, Anil Kapoor opted for a trench coat. He added the song Phir Se Ud Chala by Mohit Chauhan, from the film Rockstar to the video. He captioned the video: "A perfect walk in the snow! Last day in Germany! On my way to see Dr Muller for my last day of treatment! So thankful for his magical touch." In the comments section, designer Masaba Gupta, who is friends with his daughters Sonam and Rhea Kapoor, wrote: "Anil uncle how do we beat your content?"

Anil Kapoor and Sunita Kapoor got married in 1984. The couple first met on the sets of Meri Jung. Their daughter Sonam Kapoor is a renowned Bollywood actress. Their middle child Rhea is a film producer and runs an apparel brand Rheson with sister Sonam. The couple's son Harsh Varrdhan Kapoor is also a Bollywood actor.