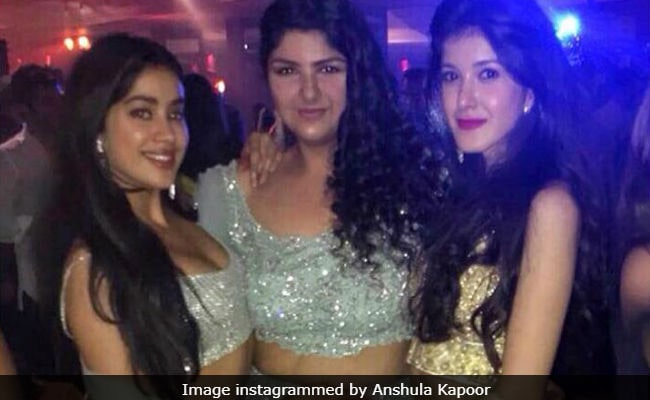 Shanaya with her cousins Janhvi and Anshula. (Image courtesy: Instagram)

New Delhi: Maheep Kapoor and actor Sanjay Kapoor are on a vacation with their children Shanaya and Jahaan and one picture from their vacation album caught Anil Kapoor's attention. In the comments section, Anil Kapoor told Maheep that her daughter is "India's answer to Catherine Zeta-Jones." Ain't that one helluva compliment? Maheep replied heart and kisses emoticons. Shanaya is Sanjay and Maheep's elder daughter and she recently graduated from Mumbai's Ecole Mondiale World School. Shanaya counts Shah Rukh Khan's daughter Suhana and Chunky Panday's daughter Ananya among her best friends - the trio's often spotted together at parties and general outings. We know that Suhana cherishes a desire to become an actor but on after she completes her education, as instructed by dad SRK while Ananya is already working on her debut film, Student Of The Year 2. Shanaya's choice of career hasn't been discussed by her parents with the media yet.

Here are pictures of Shanaya, which prompted the comparison with Ocean's 12 actress Catherine Zeta-Jones: 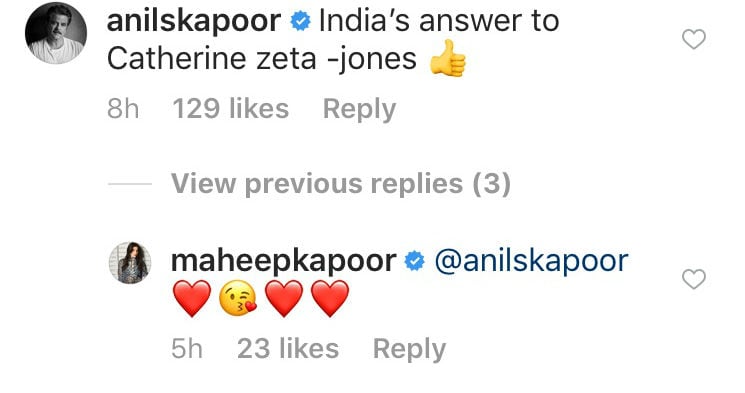 Many of Shanaya's cousins have found their footing in Bollywood. Anil Kapoor's daughter Sonam is a bona-fide star like her father with a National Award (for Neerja) in her kitty while her sister Rhea is a filmmaker. Their recent project was Veere Di Wedding, which is running successfully in theatres. Sonam and Rhea's brother Harshvardhan is two-films-old (Mirzya and Bhavesh Joshi Superhero).

Meanwhile, Arjun Kapoor (son of Boney Kapoor and Mona Shourie) entered Bollywood in 2012 and has been a part of several critical and commercial hits. Arjun's sister Janhvi Kapoor (daughter of Boney Kapoor and Sridevi) is all set for her Bollywood debut come July 15. She is being launched by Karan Johar in upcoming film Dhadak.

Shanaya, Khushi and Anshula have not yet stated their career choices.
Comments
shanaya kapooranil kapoormaheep kapoor