"It is about a good cop and a bad cop in their fifties," said Subhash Ghai 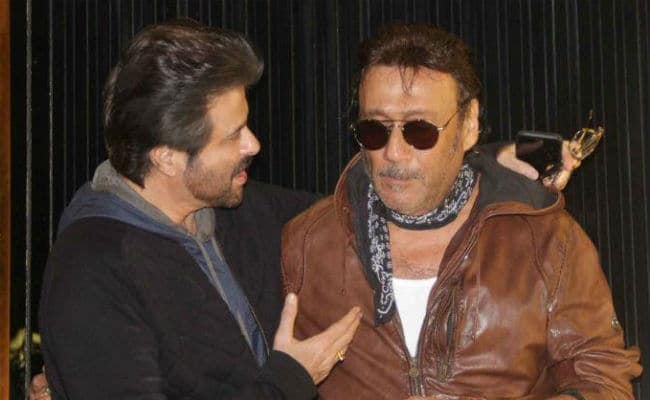 Anil Kapoor and Jackie Shroff are all set to reunite for Subhash Ghai's film. Much to fans' dismay, this won't be a remake of the 1989 hit Ram Lakhan. It will, in fact, be a comedy film titled Ram Chand Kishan Chand, reports news agency IANS. Speaking of the project, Subhash Ghai told IANS, "It's not a sequel. I have narrated the story of Ram Chand Kishan Chand to Jackie Shroff and Anil Kapoor. They have liked the story, plot and characters. Now we have to complete the script and do our best. They share fantastic chemistry."

During the media interaction, Subhash Ghai revealed that the film will be a "hilarious crime story" and that it will be directed by a young director. The film is expected to go on floors next year. "It's a hilarious crime story with a message. It is about a good cop and a bad cop in their fifties, from two different states of India," IANS quoted Subhash Ghai as saying.

Talking about his involvement in the film, the Taal director revealed that he will be the creative producer and the film be backed by Mukta Arts Banner. "I look forward to seeing these two together in this blockbuster," said Subhash Ghai.

Other than Ram Lakhan, Jackie Shroff and Anil Kapoor have co-starred in films like Kabhi Na Kabhi, Trimurti, Roop Ki Rani Choron Ka Raja, Parinda, Yudh,Andar Baahar and Kala Bazaar among many others.

On the work front, Jackie Shroff was last seen as one of the antagonists in Prabhas' Saaho. His upcoming projects include Prassthanam and Bigil. Anil Kapoor's line-up of films includes Pagalpanti, Malang and Karan Johar's period drama Takht.