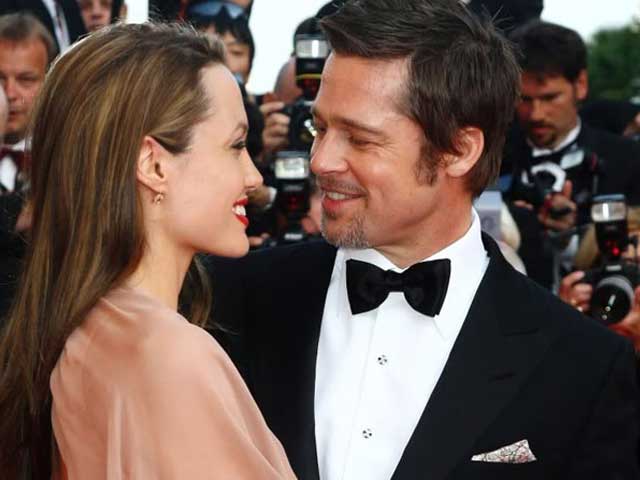 Actress-director Angelina Jolie has said that she and her husband Brad Pitt were actually married before their secret nuptials in August last year.

"Before the wedding in France with the kids, Brad and I were already married in California. As Americans, we couldn't marry legally in France," she told Italian magazine Io Donna, reports usmagazine.com.

The Unbroken director also shared how the wedding really went down.

Their 20 guests, which included Angelina's brother James Haven, hummed the traditional processional tune "Here Comes the Bride" as the brunette beauty made her entrance.

Promoted
Listen to the latest songs, only on JioSaavn.com
The groom kept up with tradition and didn't get a glimpse of his bride's Atelier Versace gown until she walked down the aisle with their eldest sons, Maddox and Pax.

The A-list actors' complementary wedding bands were designed by Robert Procop and carried by ring bearers Shiloh, 8, and Knox, 6.