Angad Bedi enjoys a game of carrom after shoot wrap up 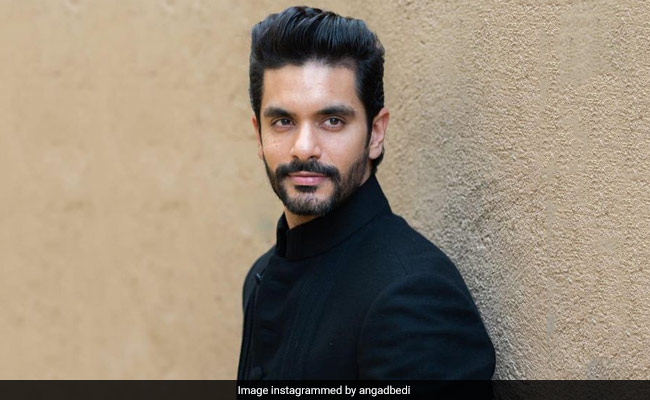 It's board game time for Angad Bedi and team. The actor's Instagram Stories tells us that he had some fun after shoot wrap-up. He was shooting for an undisclosed project with wife, actress Neha Dhupia. Later, the team engaged in a round of carrom and we wished we could join them too. The boomerang does not reveal the faces of the players but by the looks of it, we can say it was an intense duel. Take a look at Angad's Instagram Stories:

Last night, Neha shared a boomerang on her Instagram Stories. Her “working from home” scene left us scratching our heads with curiosity. She wrote, “Shooting mode on” and tagged Angad.

Angad tested COVID-19 negative last month. After ending his 16-day isolation, the actor reunited with his family. He shared a clip wherein we can see his daughter Mehr running towards Angad and hugging him. The actor penned a heart-touching note which read, "COVID-19 you have been very hard on all of mankind. These have been very trying times. But one thing that has come out of it has been the value of our loved ones. Finally, tested negative and after 16 days of isolation, I got to see my lovely wife Neha and my daughter Mehr who were themselves facing such uncertainty. But we are reunited now... There is no better feeling than coming back home... I'm home. Neha, you and Mehr together make such a lovely home.”

It must have been such an ordeal for Neha too. Her delight was palpable in the endearing father-daughter moment she shared on her Instagram handle. It was an adorable picture of their two-year-old munchkin resting on Angad's tummy as they napped together on the bed peacefully. Neha wrote, "These two...afternoon naps with their sunglasses on."