Ayushmann Khurrana's AndhaDhun is ruling the Chinese box office and how 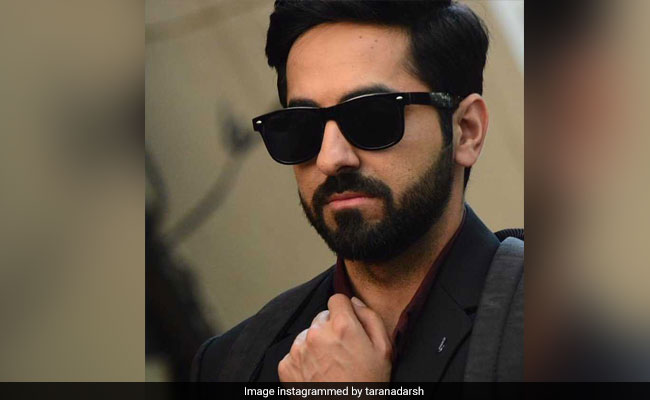 Ayushmann Khurrana in a still from AndhaDhun. . (Image courtesy: taranadarsh)

AnadhaDhun is absolutely unstoppable in China. The Sriram Raghavan-directed film ,which opened in Chinese theaters on April 3, has managed to collect Rs 219.88 crore in 2 weeks, reports Bollywood trade analyst Taran Adarsh. The film, which stars Ayushmann Khurrana in the lead role, "continues to surprise" the Chinese box office and it collected Rs 1.46 crore on Monday alone. According to Taran Adarsh, the film has been trending in Chinese theaters incessantly. Taran Adarsh shared the film's box office report so far on Twitter and wrote: "AndhaDhun continues to surprise in China... Biz on (second) Mon [$ 1.46 mn] is at par with [first] Mon [$ 1.47 mn]... Speaks of the terrific trending... [Week 2] Fri $ 2.04 mn, Sat $ 4.47 mn, Sun $ 3.80 mn, Mon $ 1.46 mn. Total: $ 31.57 mn [Rs 219.88 cr]."

The film has not only been performing well at the box office in China, it even surpassed its India box office total within six days of its release there. If that's not impressive, we don't know what is. Take a look at Taran Adarsh's tweet here:

AndhaDhun's success at the Chinese box office doesn't come as much of a surprise to us as the film opened to great reviews from film critics. In his review for NDTV, film critic Saibal Chatterjee gave AndhaDhun four stars out of five and he described the film as an "intelligently paced and structured crime drama."

AndhaDhun showcases the twisted story of visually impaired man (played by Ayushmann Khurrana). The film also stars Tabu as the antagonist, while Radhika Apte played the Ayushmann's love-interest in the film.