Ananya Panday Teases The Internet (Again) With An ROFL Post

Remember Ananya Panday's "shaadi.com profile pic" post? That was also a hit with the Internet 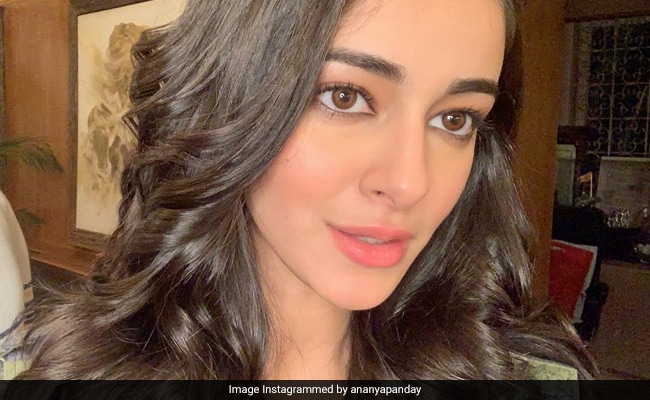 Ananya Panday is a true blue millennial when it comes to teasing her Instafam. The actress-in-waiting keeps her friends, family and fans updated with her day-to-day activities, sometimes with a pinch of humour. Recently, Ananya shared a picture of herself on Instagram and captioned it: "I woke up like this #JustKidding #IWish." In the picture, Ananya's make-up is spot on as she smiles and her wavy hair fall nicely on her shoulders. Ananya's mother found it funny and added ROFL emoticons in the comments thread while her aunt Deanne Panday wrote: "Yes, you woke up like this... you look pretty 24x7." However, Kartik Aaryan, with whom Ananya stars in the remake of Pati Patni Aur Woh, wrote: "Looks messy."

Before this, Ananya posted this in her #justkidding picture series and of course, the Internet's reaction was "mind = blown":

In 2017, Ananya Panday made her high society debut at Bal Des Debutantes or Le Bal. Soon after the event, Ananya's debut film Student Of The Year 2 was announced. The film was slated for November 2018 release but it will now open in theatres in May.