Ananya and Shanaya look absolutely stunning in the picture 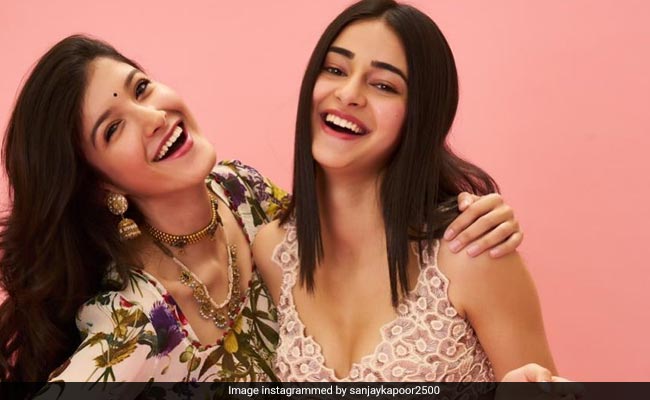 BTW, did we tell you that Shanaya dug out clothes from Rhea Kapoor's wardrobe? Yes, Shanaya's mother Maheep Kapoor shared a few pictures from the photo shoot and she wrote: "When Shanaya Kapoor rummages through Rhea Kapoor's wardrobe while she is out of town. Treasure trove. While the cat is away the mice will play." Take a look at the pictures here:

Ananya Panday recently made her Bollywood debut with Dharma Productions' Student Of The Year 2. She has also signed her second film Pati Patni Aur Woh. Shanaya Kapoor will start her Bollywood career as an assistant director in a film featuring her cousin Janhvi Kapoor.