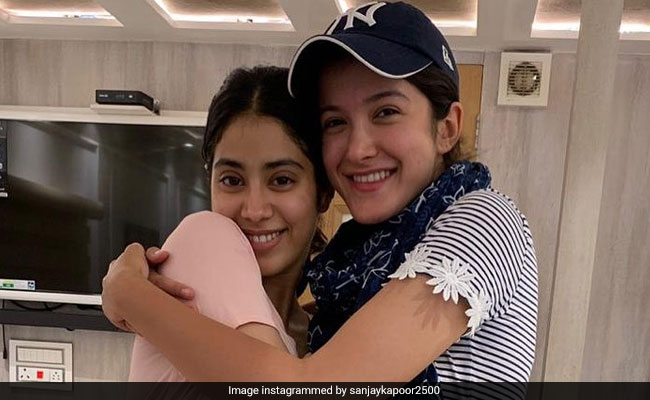 Sanjay Kapoor's latest Instagram entry will instantly make you smile. Why, you ask? Well, the post is all about sibling love. On Thursday, Sanjay Kapoor shared an adorable picture of his daughter Shanaya Kapoor along with his niece Janhvi Kapoor. Dressed in casual outfits, the sister-duo can be seen happily embracing each other. Sanjay Kapoor shared the picture on his Instagram profile and he captioned it: "Back home today." Just like us, members of the Kapoor family also loved the post and the comments section was flooded with heart emojis.

Later, Janhvi Kapoor posted a picture collage on her Instagram story. Janhvi juxtaposed a recent picture of herself along with Shanaya with a throwback picture from their childhood days and we must tell you that the duo looks super cute in the picture. Janhvi Kapoor captioned the post: "Princess, so proud of you."

Check out a screenshot of Janhvi's Instagram story here: 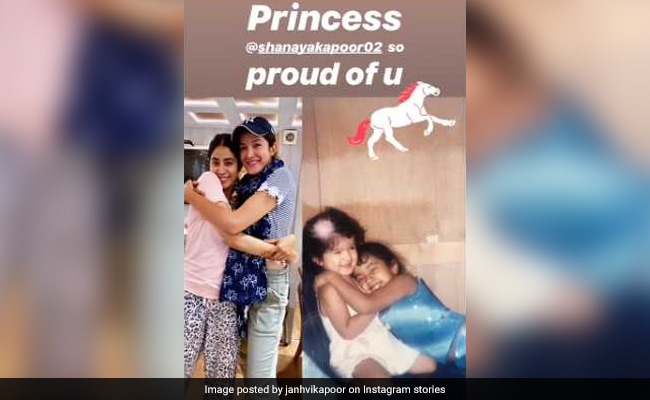 Janhvi Kapoor made her Bollywood debut with Shashank Khaitan's Dhadak and she also has Karan Johar's Takht and Rooh-Afza, co-starring Rajkummar Rao in the pipeline.

Shanaya Kapoor is also set to step into Bollywood. However, she will start her career as an assistant director in a film featuring her cousin Janhvi Kapoor.