Read inOther Languages
This Article is From Sep 14, 2018 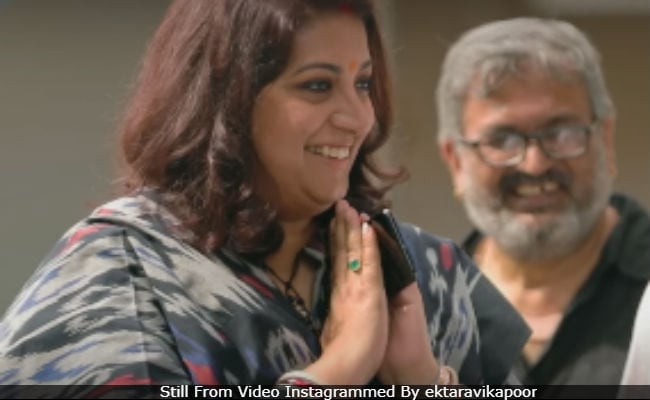 TV producer Ekta Kapoor roped in Union Minister Smriti Irani as a part of her promotions for her new web series Home, which streams on ALTBalaji. Ekta Instagrammed three emotional videos of Ms Irani from her visit to her first home in Gurugram. The videos show Smriti Irani walking up to the society and meeting the residents, some of whom she recognises. She gets extremely emotional after seeing that her old home has been converted into a shop. "It is painful, tough and courageous to see a place you once called 'Home', now no longer there. But life is nothing more than a journey of bitter sweet memories," Ekta captioned one of her posts. Smriti Irani also took a rickshaw ride to her favourite chaat shop and visited an old ration shop.

HOME is not just made up of four walls, but it is love and family that make a house, a HOME! Watch the emotional journey of @smritiirani as she revisits her childhood home and for the first time shares her #MyHOME story with us @altbalajihttps://t.co/ZiMCfsdNu2

Smriti Irani also tweeted about it.

Smriti Irani and Ekta Kapoor have been friends for several years. The actress-turned-politician often appears on Ekta's throwback posts on Instagram. Here are some:

18 years ago this day @starplus and @sameern changed my life ! N a star unimaginable from a relatively new medium was born @smritiiraniofficial ! Thanku @ronitboseroy @shobha9168 @rajeshjoshi n all who made this show #18yearsofkyunkiandkbc #18yearsofkyunkisaasbhikabhibahuthi

Ekta Kapoor had launched Smriti Irani in her one of the most-successful shows Kyunkii...Saas Bhi Kabhi Bahu, in which she played Tulsi. Hum Hain Kal Aaj Aur Kal, Thodi Si Zameen Thoda Sa Aasmaan and Virrudh are some of Smriti Irani's other shows. She is married to businessman Zubin Irani. She is currently the Minister of Textiles.