Kyunki... Saas Bhi Kabhi Bahu Thi: Ekta Kapoor Believed In Smriti Irani 'When No One Wanted To Take A Chance' 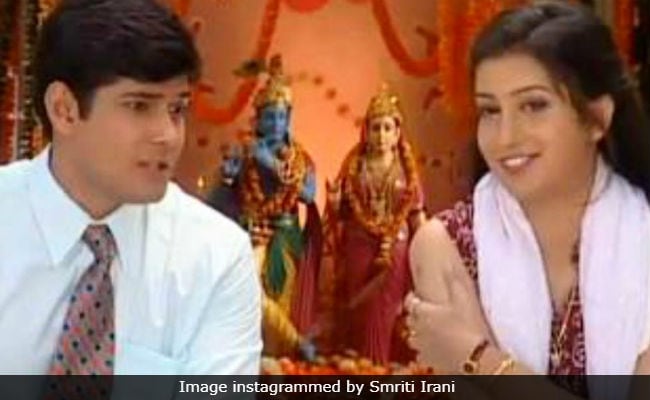 Ekta Kapoor and Smriti Irani took a trip down the memory lane, remembering the day when their show Kyunki... Saas Bhi Kabhi Bahu Thi started 18 years ago on July 3 and how it changed their lives. Ekta Kapoor shared a throwback photo with lead actress Smriti Irani, for whom she wrote: "A star unimaginable from a relatively new medium was born." In her post, Smriti thanked Ekta Kapoor for believing in her "when no one wanted to take a chance." Ekta Kapoor also thanked the team of show and singled out actor Ronit Roy, her mother Shobha Kapoor (also the show's co-producer) and writer Rajesh Joshi by names. Ekta Kapoor's show ran successfully for eight years.

18 years ago this day @starplus and @sameern changed my life ! N a star unimaginable from a relatively new medium was born @smritiiraniofficial ! Thanku @ronitboseroy @shobha9168 @rajeshjoshi n all who made this show #18yearsofkyunkiandkbc #18yearsofkyunkisaasbhikabhibahuthi

On her Instagram page, Smriti Irani shared this still from the show, in which she can be seen with Amar Upadhyay, who played Mihir Virani for two years after which he was replaced by Ronit Roy, who played Mihir till the end of the show in 2008. Smriti became a household name after playing the role of Tulsi Virani. She wrote: "18 years ago began a journey that changed my life forever Ekta Kapoor and Shobha Kapoor, you believed in me when no one wanted to take a chance #KSBKBT fans and friends thank you for the support and blessings."

After Kyunki... Saas bhi kabhi Bahu Thi, Smriti Irani featured in shows like Virrudh and Teen Bahuraaniyaan none of which could match the success of Ekta's show. Smriti Irani is currently the Minister of Textiles.