Amitabh Bachchan was photographed exiting a studio with Abhishek and Shweta Amitabh Bachchan along with Abhishek and Shweta outside a studio in Mumbai.

Amitabh Bachchan took his children Abhishek and Shweta to watch his upcoming film Badla, which release on March 8. The three Bachchans were photographed exiting a Bandra studio where celebrities frequently assemble for preview shows. Mr Bachchan, who plays the role of lawyer in the gritty suspense film, waved to the shutterbugs stationed outside the studio as his son Abhishek drove out. Shweta looked comfortable in the backseat of the car. Badla director Sujoy Ghosh was also present at the family-only screening, however, Taapsee Pannu gave it a miss. Badla is Taapsee's second film with Amitabh Bachchan after their National-Award winning film Pink.

Here are pictures of the Bachchans leaving the film studio after watching Badla: 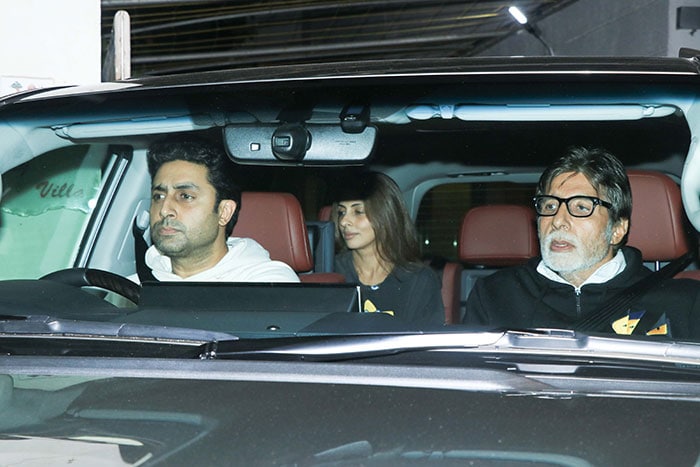 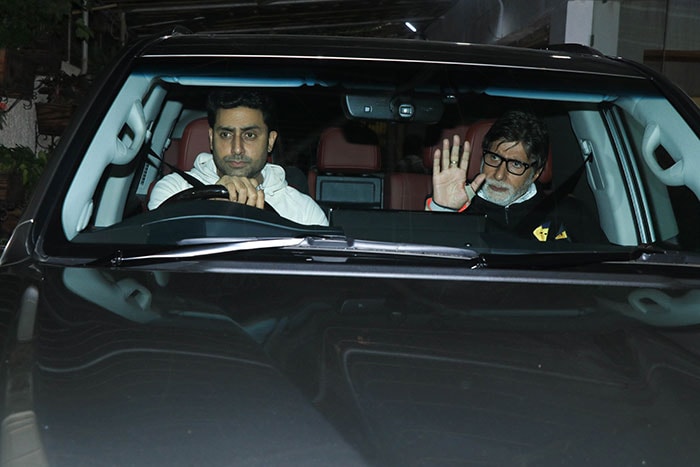 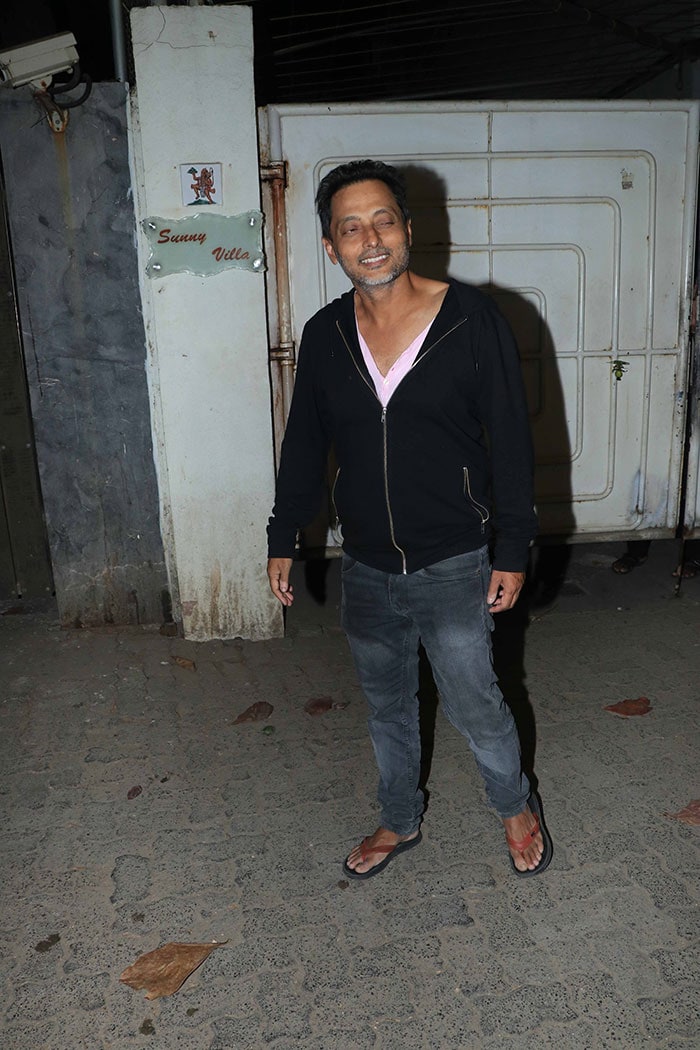 In Badla, Taapsee Pannu's character is accused of murdering her paramour. Lawyer Badal Gupta (Amitabh Bachchan), who is known for not having lost a single case in his 40-year-long career, comes to her rescue. Taapsee is not able to fully convince her lawyer of her innocence who finds three loopholes in her story. Is she telling the truth?

Watch the trailer of Badla:

Speaking about her co-star, Taapsee told news agency IANS: "I really admire one thing about his (Amitabh) personality is that he sleeps only for three hours in a day and does his work for the rest 21 hours at the age of 76. If I can even do half of his work at that age then, I feel I will be really successful."

Badla is a thriller, which has been produced under Shah Rukh Khan's production house Red Chillies Entertainment