Taapsee Pannu On Her Equation With Amitabh Bachchan And Abhishek Bachchan 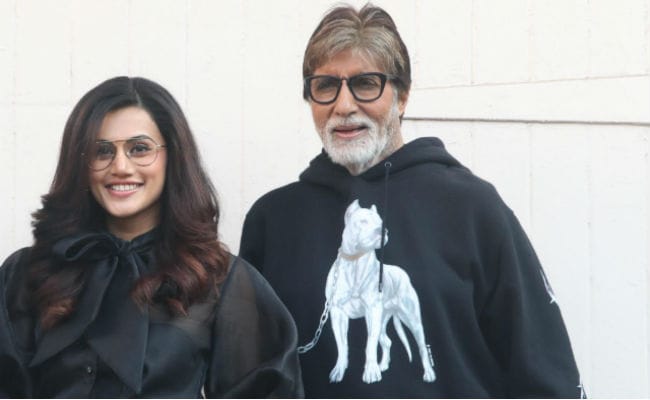 Taapsee Pannu, in a recent interview with DNA, opened up about her experience of working with Amitabh Bachchan and Abhishek Bachchan. Taapsee, who will be seen sharing screen space with Mr Bachchan for the second time in Badla, and has co-starred with his actor-son Abhishek, in Manmarziyaan, in a recent interview told DNA: "I can have the same conversation with the father that I can have with the son." The 31-year-old actress added, "It's not that just because I am closer to Abhishek in age, I talk to him in a different manner. They are both different actors, but the similarity lies in their demeanour, the way they sit and, sometimes, their voice."

Badla is a thriller, which has been produced under Gauri Khan's production house Red Chillies Entertainment. The film will hit the screens on March 8, 2019.

Taapsee Pannu is best-known for her performances in films such as Mulk, Naam Shabana and Soorma among others. Taapsee was last seen in Manmarziyaan, alongside Abhishek Bachchan and Vicky Kaushal. Besides Badla, Taapsee has Anurag Kashyap-produced Saand Ki Aankh and Mission Mangal in the pipeline.