Badla Trailer: Sujoy Ghosh is back in his comfort zone with the film starring Amitabh Bachchan and Taapsee Pannu 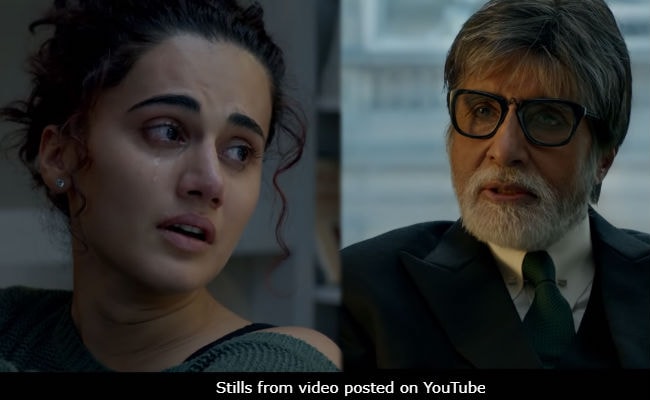 Badla, starring Amitabh Bachchan and Taapsee Pannu, appears to be an intriguing murder mystery going by the trailer, which hit the Internet on Tuesday. Director Sujoy Ghosh, writer and director of thrillers like the Kahaani series and Ahalya, is back in his comfort zone and that could be one of the best things about the film. Taapsee Pannu's character is accused of murdering her paramour. Lawyer Badal Gupta (Amitabh Bachchan), who is known for not having lost a single case in his 40-year-long career, appears to have come to her rescue. After listening to the story, Mr Gupta raises three question which stumps Taapsee, who can only say that she's being framed for the murder. Is she telling the truth?

Watch the trailer of Badla here:

Badla is produced by Gauri Khan through Red Chillies Entertainment and it will open in cinemas on March 8. The film also features Manav Kaul and Amrita Singh.

As for Amitabh Bachchan, the 75-year-old actor is currently filming Brahmastra with Ranbir Kapoor and Alia Bhatt. Brahmastra is a trilogy directed by Ayan Mukherji and produced by Karan Johar.