Why Amitabh Bachchan 'Likes To Be Criticised' For His Work 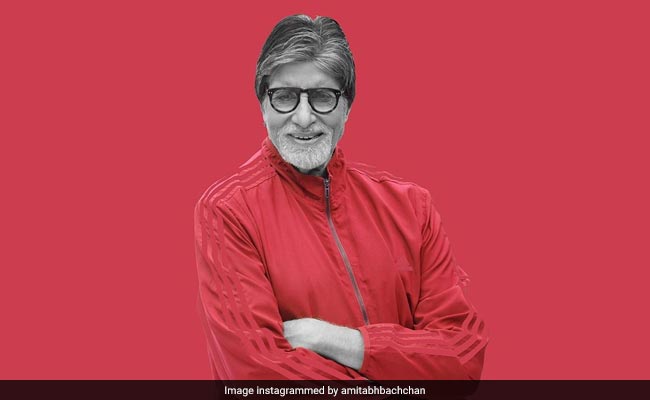 Megastar Amitabh Bachchan, who recently appeared in Vijay Krishna Acharya's Thugs Of Hindostan, which opened to poor reviews, said that he "likes" being "criticised" because that gives him an "aspect" of the kind of films he is doing, news agency PTI reported. Amitabh Bachchan interacted with the media at a book launch event in Mumbai, which was also attended by his wife Jaya Bachchan. "I would accept criticism, I would like to be criticised because it gives you an aspect of your work which you may not be aware of," PTI quoted the actor as saying. Thugs Of Hindostan, which also features Aamir Khan, Katrina Kaif and Fatima Sana Shaikh, hit the screens last week. The film managed to score a half-century at the box office on the opening day but the collections went down drastically thereafter.

Film critic Saibal Chatterjee in his review for NDTV gave the film 2.5 stars out of 5. "A gravelly-voiced Amitabh Bachchan and a puckish Aamir Khan bring everything that they have - the combined weight of the two superstars is undeniably significant - to the table, but director Vijay Krishna Acharya's screenplay and the film's big-budget surface veneer lack the solidity to guide this overwrought vessel out of the deep waters," he wrote.

When Amitabh Bachchan was asked about how he deals with "unfair criticism", this is what the actor said: "In such situations, when you feel they have been unfair, cut that criticism out from the piece of paper and stick it on your bathroom wall and every morning, look into the mirror and say, 'One day buddy, I am going to disapprove you'."

Amitabh Bachchan features in fantasy trilogy Brahmastra, the first part of which is set to hit the screens in December 2019. The film also stars Ranbir Kapoor, Alia Bhatt, Mouni Roy and Dimple Kapadia. Big B also has Sujoy Ghosh's Badla in the pipeline.

With inputs from IANS)