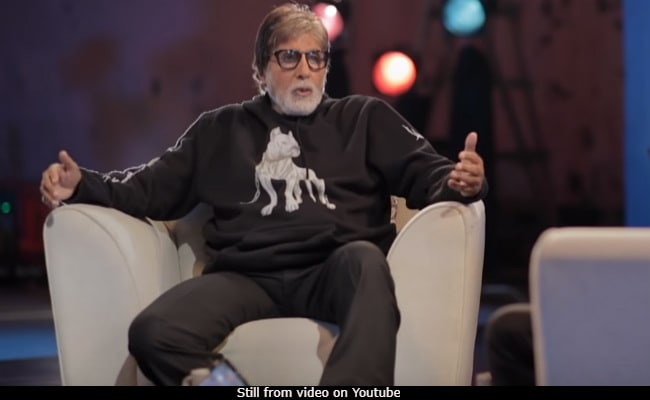 Shah Rukh Khan, who is a bona-fide fan of Amitabh Bachchan, recently interviewed the 76-year-old actor for a fun promotional video for Badla. Big B's new film is produced by Shah Rukh Khan's Red Chillies Entertainment. In the video, Amitabh Bachchan was asked about his social media activities when a certain tweet from June 2018 cropped up, in which Big B had mentioned how he was once mistaken for Salman Khan in Glasgow. "We were shooting on the streets in Glasgow and then I had to walk on the footpath. As I was walking, a car went by and our desi bhai was sitting in the car, who waved and said: 'Hey, Salman Khan, how you doing?' So, I waved back at him and walked on. What to do," the Badla actor told Shah Rukh Khan.

If you remember, in June last year, Amitabh Bachchan had tweeted about the incident and written: "I walk the street of Glasgow by myself... until a car drives by and occupant yells out... "Hey, Salman Khan, how you doing?" Big B was shooting for Badla in Glasgow.

Amitabh Bachchan and Shah Rukh Khan first co-starred in 2000 film Mohabbatein and then also shared screen space in films such as Kabhi Khushi Kabhie Gham and Kabhi Alvida Naa Kehna. Shah Rukh and Big B have also worked together in films such as Veer-Zaara, Bhoothnath and Paheli.