'Hey, Salman Khan, How You Doing?' When Amitabh Bachchan Was Asked In Glasgow

Amitabh Bachchan was mistaken for Salman Khan. Yes, you read that right 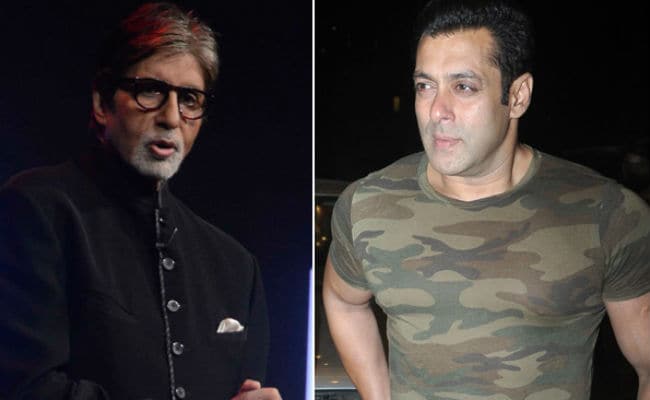 Megastar Amitabh Bachchan, who is currently filming Badla in Glasgow, was mistaken for Salman Khan. Yes, you read that right. Someone called him Salman Khan. Big B shared the incident on Twitter and wrote, "I walk the street of Glasgow by myself, until a car drives by and occupant yells out, 'hey, Salman Khan, how you doing?'" The Internet is quite confused (like everyone else) and comments such as "how is it possible?" and "no way" have been posted on Big B's picture. To recall, this isn't for the first time two Bollywood celebrities' identities have been mistaken for abroad. Last year, Deepika Padukone was called Priyanka Chopra at Los Angeles airport. Deepika later revealed that she has being mistaken for her colleague several times.

Amitabh Bachchan, 75, and Salman Khan, 52, have co-starred together in films like Baghban, Baabul and God Tussi Great Ho.

Promoted
Listen to the latest songs, only on JioSaavn.com
Some days ago, Big B was reminded of another incident when he took Salman and Aamir Khan for a concert and at Wembley Stadium. On his blog, he wrote, "That historic concert in the year of 1990 at Wembley Stadium.. Stadium, not Arena, with limited capacity.. the Stadium.. with an honest and worthy and ecstatic audience of over 75,000.. the concert, when I took Aamir and Salman for their very first concert event."

Amitabh Bachchan started shooting for Badla some weekends ago. The film also features Taapsee Pannu, with whom Big B co-starred in PINK. He also has Thugs Of Hindostan and Brahmastra in the pipeline. Meanwhile, Salman Khan is currently busy with the Dabangg Reloaded Tour.