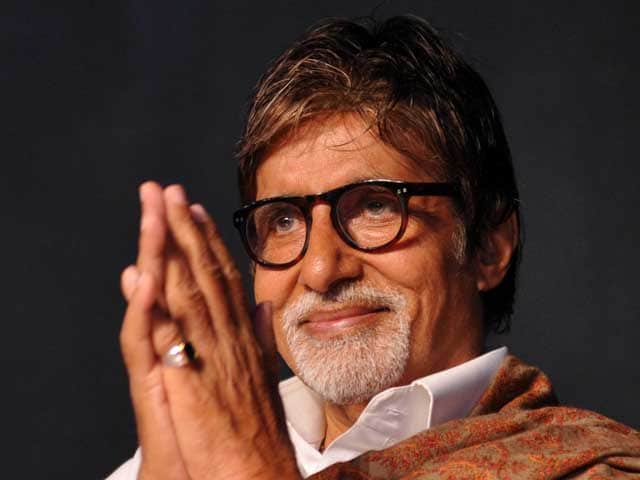 Megastar Amitabh Bachchan is busy cramming to get into the intricacies of cricket terminologies ahead of his debut commentary stint during the upcoming India- Pakistan match of the 2015 World Cup.

Mr Bachchan, 72, who will be joining seasoned commentators Harsha Bhogle and Kapil Dev for the highly-awaited February 15 match, said he is taking tips from them.

"I am excited about the live commentary and I will be joined by Harsha Bhogle and Kapil Dev. I am taking tips from them and getting all the 'mid-off and mid-on' right," he told reporters during the promotion of his upcoming film Shamitabh in Delhi.

The actor said the whole stint is a part of promoting the R Balki-directed film, which releases on February 6, a week ahead of the World Cup.

"This is all Balki's decision as there is an integration between the sports broadcasters and the makers of Shamitabh.

As the film is releasing just a week ahead of the World Cup, we are just cashing in on the timing," he said. In the film too, Mr Bachchan lends his voice to Dhanush, who plays a mute young actor with impressive acting skills but makes his mark in the world of films with the help of the old and washed out superstar.

"Shamitabh is a statement about our film industry and life. The film will see many directors and actors who are playing themselves in the film. The film revolves around voice," he said.

Mr Bachchan is teaming up with R Balki for the third time after Cheeni Kum and Paa, which made the actor win his third national award for playing a progeric child. He feels R Balki is always refreshing to work with.

Promoted
Listen to the latest songs, only on JioSaavn.com
"It's my third film with Balki and in all his films I played different characters. It's always refreshing to work with him. In Shamitabh too, he tried to do something different. Abhishek saw Shamitabh the other day and felt that it's his best work till date," he said. The Yudh star recalled the tough times of shooting the movie as it had a unique way of filming.

"I had to record the entire script in my voice before going to the sets. Balki and I used to sit in the studio and do the recording. Then Dhanush and I used to match the facial expressions listening to that recording. The whole process was very tedious," Mr Bachchan said.