Amitabh Bachchan had gone for a routine check up at the hospital after experiencing some health issues. 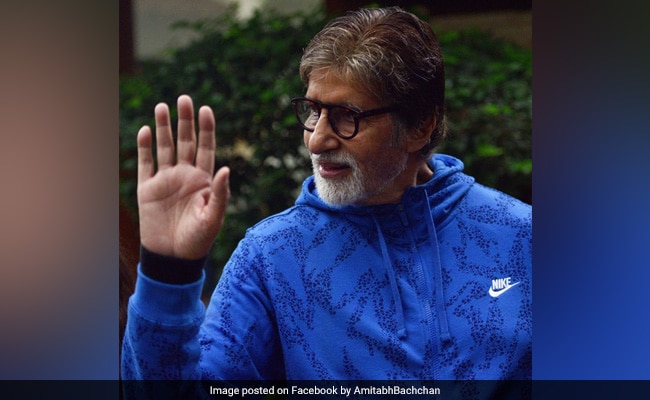 Actor Amitabh Bachchan has been discharged from Mumbai's Nanavati Hospital, reportedly three days after he was hospitalised for routine check up, reports news agency ANI. On Friday, Amitabh Bachchan left for home with his wife Jaya Bachchan and son Abhishek at around 10 pm, the ANI report stated. The 77-year-old actor had gone for a routine check up at the hospital after experiencing some health issues, however, he remained in the hospital for two days before being discharged on late Friday. It was earlier reported that Mr Bachchan was admitted to the hospital due to liver ailment.

The actor had earlier revealed that only 25 per cent of his liver is functional while the rest was damaged after a bad blood transfusion 20 years ago, which was required after he was seriously injured while shooting for 1983 film Coolie. When he attended NDTV's Swasthagraha event, Amitabh Bachchan had said that early diagnosis and regular check ups helped him maintain his health.

Even when he was in hospital, Mr Bachchan remained slightly active on social media. He shared two posts for Jaya Bachchan on the occasion of Karwa Chaut for her - in one he posted a throwback picture of Jaya with a cute caption while in another he posted a picture of himself and Jaya Bachchan from an event they attended earlier this week.

Here's a record of Amitabh Bachchan's social media activity while he was in the hospital:

T 3520 - .. the better half .. !!
quite obviously the other half is irrelevant .. and therefore unseen pic.twitter.com/0Fivuw5cwY

On the work front, Amitabh Bachchan's upcoming films are