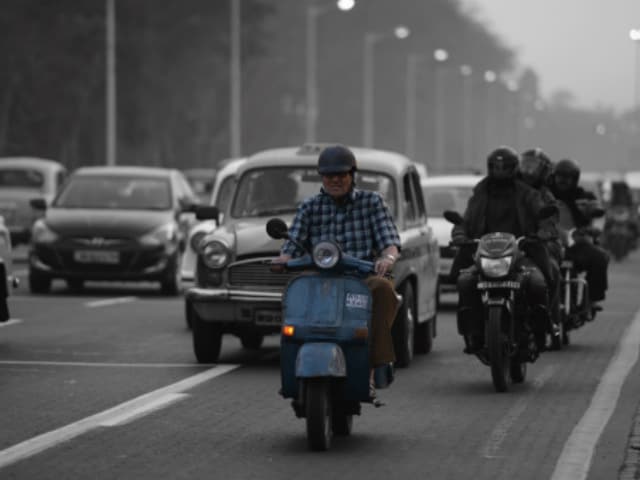 Mr Bachchan, who will be seen along with Vidya Balan and Nawazuddin Siddiqui in the upcoming thriller, wrote on Twitter that he was going through "withdrawal symptoms". The 73-year-old thespian also thanked the people of Kolkata, where the movie has been extensively shot, and shared an image of him waving at the people present at the set.

"Thank You Kolkata," he added:

T 2130 - Wrap on film 'TE3N' ! Withdrawal symptoms and most difficult to leave them, you see in picture !! TYK pic.twitter.com/wyyDcX0A23

"The withdrawal symptoms predominated at the closing of the 'last shot' with the unit... and the disappearance from the love of the Kolkatans is truly the pain greater than any other," the Piku star mentioned on his blog.

He added: "I truly feel like a fish out of water .."
Image courtesy: Amitabh Bachchan

Big B also went on to talk about his experience of enjoying prawns at an old Kolkata restaurant in the sixties.

Produced by Sujoy Ghosh, Te3n is slated to release in 2016.