Amitabh Bachchan, 'Down With Fever,' Will Miss National Awards Ceremony

Amitabh Bachchan, who won't be able to attend the ceremony in Delhi, tweeted: "So unfortunate" 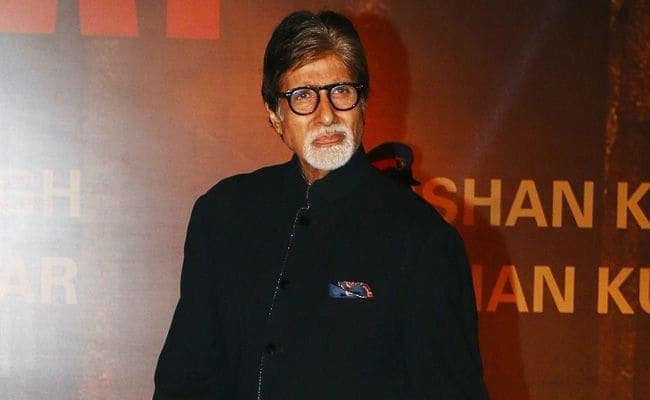 Amitabh Bachchan will have to skip this year's National Film Awards ceremony, which are being held today in Delhi. The 77-year-old actor, in his latest tweet, stated that he will not be able to attend the prestigious award ceremony because he is "down with fever" and that he is not allowed to travel. "Down with fever... Not allowed to travel. Will not be able to attend National Award tomorrow in Delhi. So unfortunate, my regrets," Big B tweeted. Big B will be awarded the Dadasaheb Phalke Award - India's highest film honour this year. The awards will be presented to the winners by Vice President of India Venkaiah Naidu on Monday.

Earlier this year, Big B had to skip the 25th Kolkata International Film Festival because of health issues, news agency IANS reported. The Piku actor was admitted to Mumbai's Nanavati Super Speciality Hospital for a few days for a routine check-up in November this year. However, it was also reported that he was admitted due to liver ailment. A few days after the reports surfaced, the 77-year-old actor wrote about "strong warnings of work cut off" in his blog post.

Amitabh Bachchan has won four National Film Awards for Best Actor through his illustrious career, last winning it for his performance in 2015 film Piku. Big B was last seen as a host on the TV quiz show Kaun Banega Crorepati 11. Badla, co-starring Taapsee Pannu, remains his last release. The actor has films like Gulabo Sitabo, Chehre and Jhund, in the pipeline.