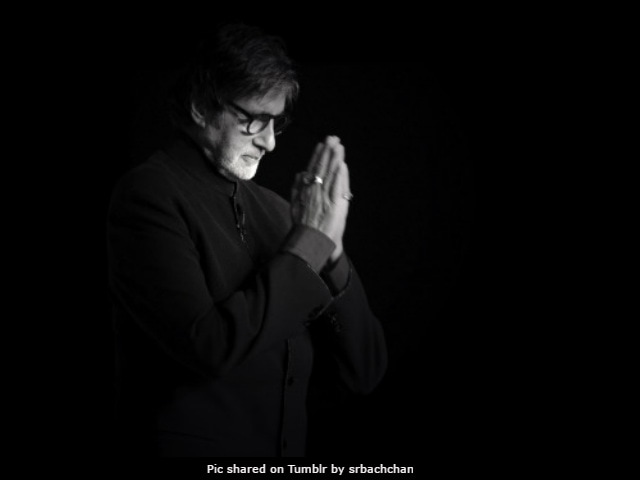 New Delhi: Amitabh Bachchan has come on board to tell the tale of retired school teacher and NGO founder Vijay Barse in a new film to be directed by Nagaraj Manjule, yes the director of National Award-winning film Sairat. The yet-untitled film will be made in Hindi and mark the director's debut project in Bollywood. This is not the first time Big B will be portraying a role inspired by a real-life personality - Ram Gopal Varma's Sarkar series of films, which are based on late Shiv Sena leader Bal Thackeray, enjoyed quite a bit of limelight with Big B as the protagonist. Vijay Barse founded the football organisation named Slum Soccer in 2002, which enables underprivileged children to develop a better lifestyle by participating in football matches.

Slum Soccer has also been responsible for selecting children from across India to participate in the Homeless World Cup every year starting 2007.

However, very little is known about Nagaraj Manjule's film, which is slated to go on floors in October. When asked about his new film, Mr Manjule told IANS: "Let's just say, it is based on a real-life character. But the way I've written the part and the film, it moves very far away from the original source."

Mr Manjule has been developing the script of the movie for two years now, ahead of which he was busy with extensive research work. "And before that I was researching on the subject. I don't mind spending time on my script. I spent a good 8 years on the script of Sairat. I wrote it with only Bachchan Saab in mind. I've been his fan from childhood," he told IANS.

When asked about meeting Big B for the first time to narrate the script, he said he had to restrain himself from "jumping around" the megastar. "I don't know how but I managed to remain calm, restrained and dignified. I actually wanted to jump out of my seat and dance around him. But I narrated my script in an even tone. I am happy I did that. I didn't want to come across as just a fan. Of course I am a fan for lifetime. And someday when I complete my film with him I'll tell him how much effort it took me to not gush and rave when I met him for the first time," he told IANS.

Last seen in Sarkar 3, Amitabh Bachchan also has 102 Not Out with Rishi Kapoor and Aamir Khan's Thugs Of Hindostan in the pipeline.