Amid Bennifer 2.0, Another Famous Jennifer Lopez Ex Is Feeling Left Out

Whether or not the world is ready for Bennifer 2.0, Sean 'Diddy' Combs would like to be seen as well 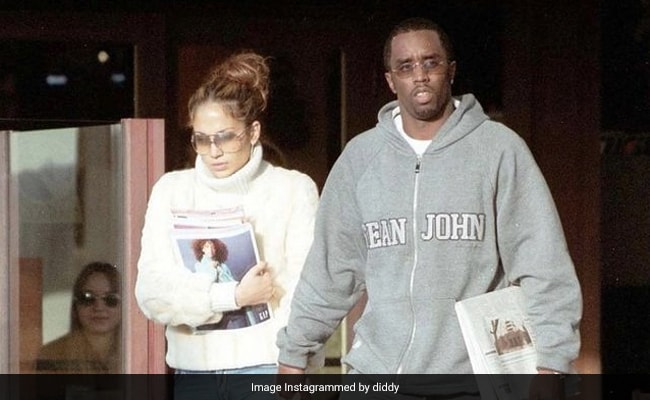 Diddy would like to remind the world that he too once dated Jennifer Lopez. Rapper-producer Sean Combs and JLo are ancient history now - they dated from 1999 to 2001 - and he's clearly feeling just a little bit ignored in the tabloid feeding frenzy about rumours that the Hustlers actress and former fiance Ben Affleck have re-ignited their romance. He posted a picture of himself and Jennifer Lopez on Instagram yesterday, captioning it simply '#tbt' - and while it was certainly Throwback Thursday, Diddy's timing seemed somewhat suspect to many commenting on his post. "Diddy is petty," read one comment, "Just change you name to petty," read another.

Several blue-ticked comments egged Sean Combs on, however, with messages like "By Ben" and "Go get your girl, Brother Love."

Sean Combs and Jennifer Lopez dated at a time when he was going by the name Puff Daddy and she was converting a successful film career (Anaconda, Out Of Sight) to an even more successful one as a pop star - her debut single If You Had My Love topped the Billboard charts, a feat previously managed only by Britney Spears and her debut single ...Baby One More Time. JLo and Puff Daddy were briefly the 'It Couple' of the time, earning a place in pop culture history with an unforgettable appearance at the Grammys in 2000 by way of an iconic dress - the plunging green Versace number that Jennifer Lopez recently wore again on the ramp.

Jennifer Lopez with Diddy at the Grammys in 2000. (Courtesy: AFP)

By 2001, they had broken up and by 2002, Jennifer Lopez was engaged to Ben Affleck, with whom she co-starred in Gigli and Jersey Girl. Both films flopped, foreshadowing their doomed romance - a wedding planned for 2003 was called off and the next year, Bennifer had split up. Not permanently, it seems, because in the last few weeks they have been the centre of a blizzard of breathless headlines after being spotted together in Montana and, recently, kissing in between working out in the gym.

Whether or not the world is ready for Bennifer 2.0, Sean 'Diddy' Combs would like to be seen as well.