Jennifer Lopez And Ben Affleck Might Be A Couple Again, 17 Years After Split

Jennifer Lopez and Ben Affleck have been pictured together in Montana. 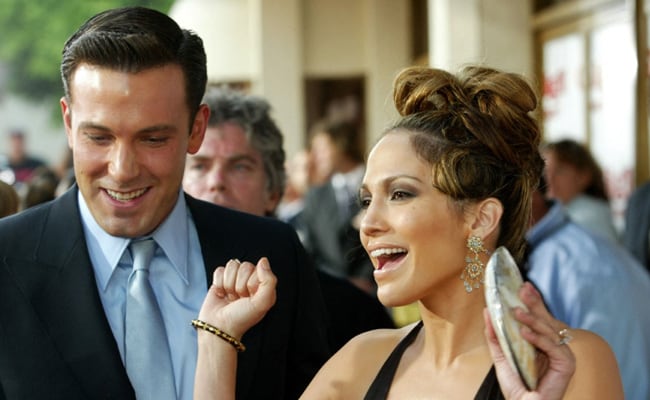 Jennifer Lopez and Ben Affleck at the premiere of Gigli in 2003 (Image Credit: AFP)

It's not always over when it's over. Bennifer have reunited, by several accounts. Former celebrity couple Jennifer Lopez and Ben Affleck have reportedly rekindled the romance they ended 17 years ago, according to People. JLo, 51, and Ben, 48, were spotted together in Montana, it seems, a week or so after they were photographed at her home in Los Angeles. UK tabloid Daily Mail published photos of the former and perhaps current couple in a car in Montana where Ben has a home. "Jennifer spent several days with Ben out of town. They have a strong connection. It's all been quick and intense, but Jennifer is happy," People quotes a source as saying.

Jennifer Lopez and Ben Affleck's very high-profile engagement in 2002 ended in a split two years later. Since then, both have been married and divorced - JLo from Marc Anthony and Ben from Jennifer Garner; both have children with their exes. Jennifer Lopez very recently ended an engagement to former baseball player Alex Rodriguez; Ben Affleck and actress Ana de Armas broke up in January. He's also been in the headlines recently after allegedly DMing a woman on Instagram after she unmatched with him on a dating app.

#Bennifer is back and I'm invested 😍 pic.twitter.com/6K2jnJxpx5

I don't think Ben Affleck can handle another break up with jlo, respectfully#Benniferpic.twitter.com/joMbAKiwtv

I mean even early 2000s relationships come back in trend & I am here for it!#benniferpic.twitter.com/tKGOxdPbTq

I can't decide if #Bennifer take 2 is the energy we need 15 months into the pandemic, or if it's the biggest hoax ever.

Jennifer Lopez and Ben Affleck, or Bennifer, co-starred in films like Gigli and Jersey Girl before breaking up in 2004. They are believed to have remained friends ever since. "They are friends. They have always been friends and they have seen each other through the years," an insider told People last month.