The couple were reportedly seen kissing in their gym recently 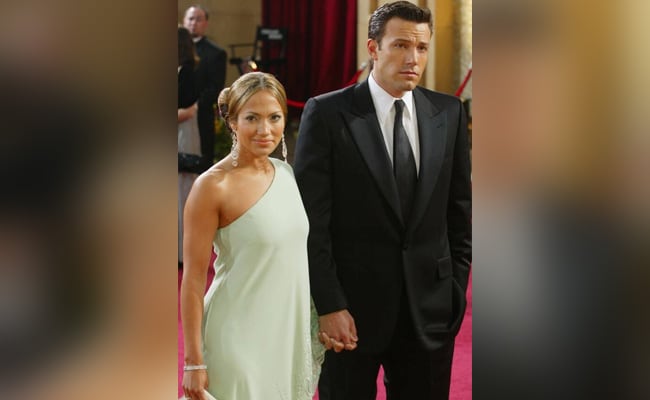 The 'will they, won't they' debate can go on forever but as of now, all seems to be going right for Hollywood's newest couple on the block - Jennifer Lopez and Ben Affleck. Ever since the star couple were spotted on a vacation of sorts in Montana, rumour mills have been busy and how. Be it spotting the Batman star at JLo's Miami beach house (the pictures seem to agree with the narrative as well), or reports of the couple sneaking in kisses in the middle of workout sessions. Ben and JLo have reportedly rekindled the romance they ended 17 years ago. Once upon a time, the Gigi co-stars were engaged. Circa 2002. However, it ended in a split two years later. JLo and Ben Affleck were married (and divorced) to Marc Anthony and Jennifer Garner, respectively. Things seem to be going out smooth for two, who recently broke up with their respective partners. JLo was previously dating Alex Rodriguez, while Ben Affleck was with actress Ana de Armas. Here's a compilation of what the two have reportedly been upto since April.

This Happened: PDA In The Gym

The latest flame of rumours are about the couple's PDA in a gym. The actors sneaked in a kiss while working out together in Miami, reports ET. They "shared a kiss in between sets. They went to do their workouts with separate trainers, but were not trying to hide their relationship by any means. They stayed close to each other while working out and were hugging, being playful together, and shared a kiss in between sets. It was clear to everyone that they have intense chemistry and were having fun together," ET quoted a source as saying.

Well, looks like you can turn back time, after all. Now that "Benifer" (as their fans popularly call them) are together, can we please shift our focus to the watch that the actor has been sporting recently. Well, a recent Buzzfeed report stated that the piece of accessory has been around the clock for quite a while (literally). It stated in a report that it is the same watch that JLo gifted Ben during the Jenny From the Block music video, in which he famously starred. It was gifted to him in the year 2002. After the couple were pictured leaving a rental house in Miami, the watch reappeared too.

Ben's On The Floor, Sorry, We Meant In JLo's Balcony

Done with Montana getaway, the actor and director, 48, was spotted chilling at Jennifer Lopez's waterfront house in Miami. Daily Mail shared pictures of the actor sitting and enjoying the view at JLo's house. In the pictures, the actor could be seen smiling, sitting back and relaxing in the balcony. Well, all we can say is we have to believe if it is there in the pictures.

What Happens In Montana, Doesn't Always Stay In Montana

Well, well, this is where it all began or perhaps rekindled would be a better word, given the fact that stars were romantically involved in the early 2000s. A report by People stated, "Jennifer spent several days with Ben out of town. They have a strong connection. It's all been quick and intense, but Jennifer is happy." The couple was even spotted arriving back in LA together after that. What followed, was a rain of tweets from excited fans, constant paparazzi inter'fan'tion and a lot more.

Could This Be Love? Maybe!

Excited can't even begin to describe what we felt after reading a Daily Mail report that stated that the singer is impressed by Ben Affleck's efforts on the romance front. A source close to the 51-year-old star said. "She loves how Ben Affleck is 'really making a huge effort. JLo thinks Ben has really stepped up and loves this version of him," Daily Mail quoted a source as saying. Well, if that is not a sign to be happy, we do not know what is.