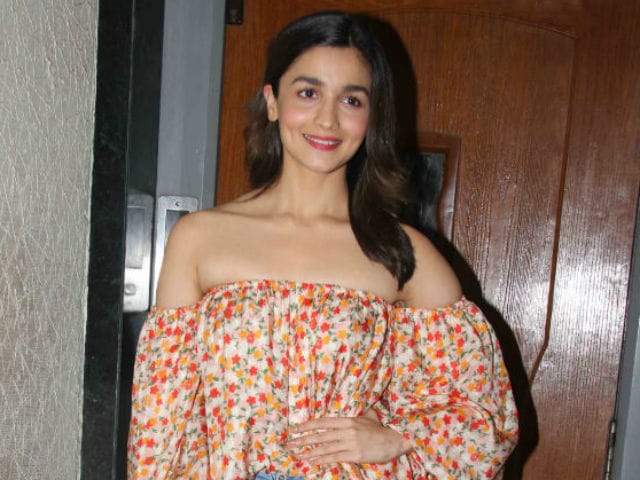 New Delhi: Alia Bhatt's Raazi, directed by Meghna Gulzar, will release on May 11 next year, tweeted Karan Johar, who is also the co-producer of the film. In Raazi, Alia stars opposite Masaan actor Vicky Kaushal. Alia, 24, features as a Kashmiri girl, who is married to a Pakistani army officer, played by Vicky, 29. Alia Bhatt also tweeted the details about Raazi's release date. "And and and #RAAZI releases on the 11th of May, 2018," she wrote. Raazi went on floors last week. The film is based on Harinder Sikka's novel Calling Sehmat. Raazi will be shot in Kashmir, Mumbai and Punjab.

And and and #RAAZI releases on the 11th of May, 2018 @karanjohar@meghnagulzar@vickykaushal09@DharmaMovies@JungleePictures

Raazi is Alia Bhatt and Vicky Kaushal's first film together. Of starring opposite Alia, Vicky told news agency IANS, "Getting a chance to work with Alia Bhatt, inarguably one the finest actresses in our industry at the moment, is a big deal for me. I am really very excited to be a part of the film. She has worked wonderfully in her movies and brings something new with each film. She sets a new benchmark with her releases. I am sure I'll learn a lot from her and working with her will be fun."

Meghna Gulzar, who has made films like Filhaal and Talvar, is the daughter of lyricist Gulzar and veteran actress Raakhee.

Apart from Raazi, Alia Bhatt will be seen opposite Ranveer Singh in Zoya Akhtar's Gully Boy. She is also a part of Ranbir Kapoor's Dragon. Meanwhile, Vicky Kaushal will be next seen in Sanjay Dutt's biopic, headlined by Ranbir Kapoor. The film also releases next year.