The music video will officially release on Tuesday 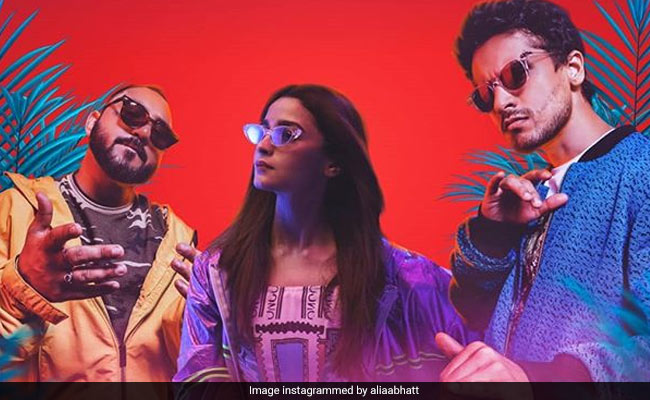 Actress Alia Bhatt shared the teaser of her first ever music video Prada on Monday and we bet the groovy beats will make you watch the teaser on loop. The 26-year-old actress will mark her music video debut with Prada, for which she has collaborated with music group The Doorbeen, who are best known for the track Lamberghini. Alia's music video will officially release on Tuesday. However, the actress sparked excitement among her fans by sharing the teaser on her social media profiles. In the video, we get glimpses of Alia's eyes while The Doorbeen singers Onkar and Gautam can be seen singing the track. Along with the musical group, the song has been sung by Shreya Sharma. Check out the teaser of Prada here:

Previously, Alia Bhatt won many hearts with her melodious voice in songs Ikk Kudi from the 2016 film Udta Punjab and Sooha Saha from the 2014 drama Highway. She has also sung the reprised version of Humsafar from her 2017 film Badrinath Ki Dhulania. Now, the actress has recorded a scratch version of a romantic track for her upcoming film Sadak 2, a project that marks her first collaboration with her filmmaker father Mahesh Bhatt .

On the work front, Alia Bhatt is prepping for Sadak 2. Alia and her sister Pooja Bhatt co-star in the film. The actress recently completed the film's Ooty schedule and shared glimpses of her quality time there.

Sadak 2 is the sequel to Mahesh Bhatt's critically-acclaimed Sadak, released in 1991. Sanjay Dutt and Pooja Bhatt featured in lead roles in the original film and they will make a comeback with the sequel. However, the sequel will feature Alia Bhatt and Aditya Roy Kapur in main roles.