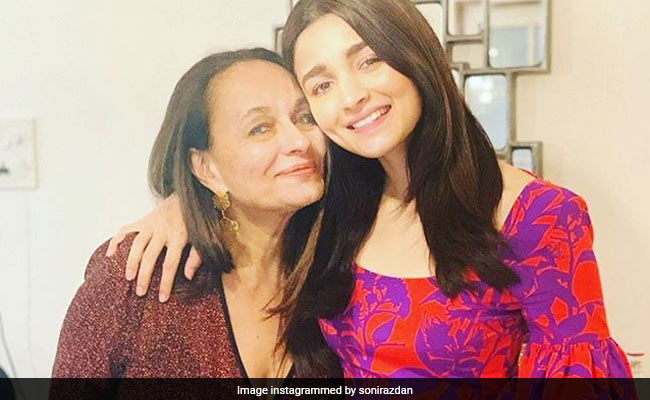 Actress Alia Bhatt, who is currently busy with the shooting of her upcoming films Brahmastra and Kalank, took some time off her busy schedule and spent time with her family on Christmas. Alia rang in Christmas with mom Soni Razdan and some scrumptious food, which was prepared by her mother. Alia shared photos from her intimate Christmas celebration on Instagram. She captioned one of the photos: "Post pudding." She also shared glimpses from her Christmas celebration on her Instagram stories. Soni Razdan also shared photos from the Christmas lunch on Instagram. From gorging on to some delectable roasted turkey and molten toffee pudding to binge watching SUITS, Alia surely had a wonderful time with her family on Christmas.

Take a look at the photos from Alia's Christmas lunch with her family:

Christmas hugs are the best

Alia Bhatt will be next seen in Zoya Akhtar's Gully Boy, which also features Ranveer Singh. Gully Boy has been selected for a special screening at the 69th Berlin International Film Festival in February. The film which is said to be loosely based on the life of Indian rapper Divine, also stars Kalki Koechlin, Siddhant Chaturvedi, Vijay Raaz, Amruta Subhash and Vijay Verma.

Alia Bhatt recently finished the shooting of Brahmastra schedule. Alia announced the schedule wrap with a picture of herself with Brahmastra director Ayan Mukerji. For the first time, Alia will be sharing screen space with Ranbir Kapoor in the film. The film also stars Amitabh Bachchan, Mouni Roy and Dimple Kapadia. The film is scheduled to release on Christmas next year.