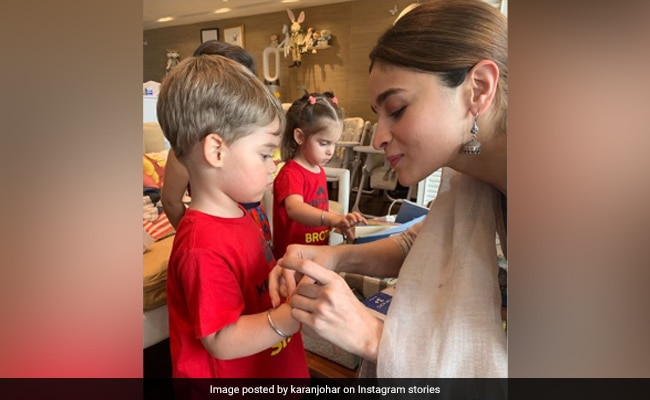 On the occasion of Raksha Bandhan on Thursday, Alia Bhatt fulfilled her duty as a sister and tied rakhi to Karan Johar's 2-year-old son Yash, Their picture, shared by Karan Johar on his Instagarm story, is driving the Internet crazy, courtesy - Alia Bhatt's priceless smile. In the click, Alia can be seen dressed in a traditional attire, which she paired with jumka and bindi while Yash can be seen twinning in red t-shirt with his twin sister Roohi. Going by the picture, it appears that this time, Karan Johar brought customized "brother" and "sister" t-shirts for them. While Roohi can be seen a little distracted in the photo, Alia can be seen smiling ear-to-ear as she ties a rakhi to little Yash.

And here's the original photo shared by Karan Johar with caption: "Alia didi." 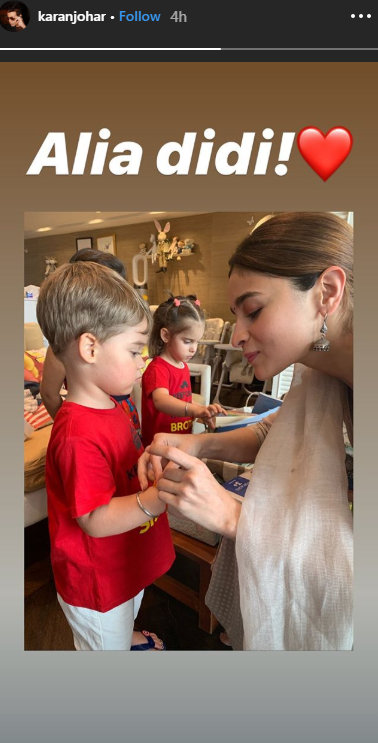