Alia Bhatt On Filming Rajamouli's RRR: "It's Tough But I'm Having Fun"

Alia Bhatt said: "He (SS Rajamouli) was on my bucket list of directors" 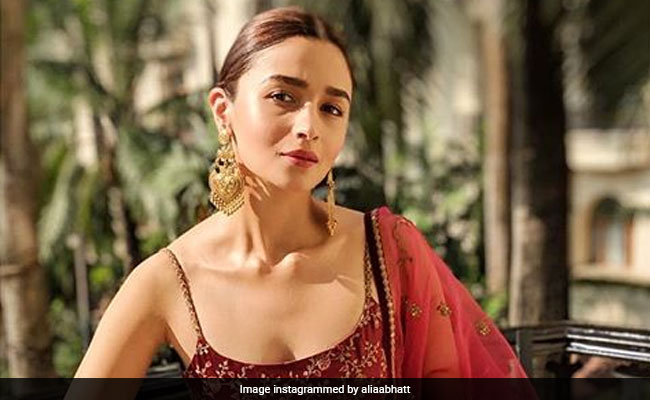 Actress Alia Bhatt has several promising projects up her sleeve including a film with Baahubali director SS Rajamouli and the actress says that the preparation for it is "tough" but she "having fun," reports BollywoodLife. Speaking to the webloid about her ongoing preparation for the film, the working title of which is RRR, Alia Bhatt said: "I am prepping for it. It's tough, but I think I'll be good at it (learning Telugu for the role). I am having fun." RRR features Ram Charan and Jr NTR in lead roles. Alia Bhatt, who will be seen in Kalank next week, said that she had always wanted to work with director Rajamouli.

"He was on my bucket list of directors. Not only because of Baahubali, of course, that was a very big factor but also because of his imagination. Right from Magadheera to Eega, these concepts are simply mind-blowing. He is truly an artist and understands his audience, the people he is making the film for. His emotions and story are so powerful, likewise with RRR, he has a very powerful story to tell," Alia Bhatt told BollywoodLife.

As of now, Alia Bhatt will be seen in Kalank releasing on April 17. The love story made on grand scale by Karan Johar's Dharma Productions and it is directed by Ahbishek Varman. Kalank also stars Varun Dhawan, Sonakshi Sinha, Aditya Roy Kapur, Madhuri Dixit and Sanjay Dutt.

Later this year, Alia Bhatt will be seen in Brahmastra opposite Ranbir Kapoor and she has signed up for Sanjay Leela Bhansali's Inshallah, co-starring Salman Khan.