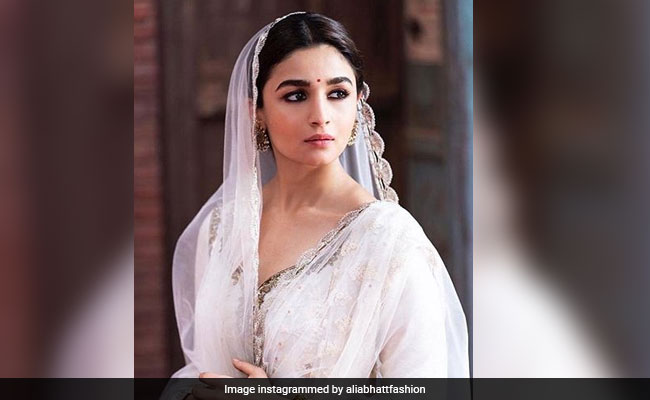 Alia Bhatt in a still from Kalank (courtesy Instagram)

Pakistani actress Sanam Saeed couldn't help but share her excitement on Twitter after Alia Bhatt said she watched Pakistani TV show Zindagi Gulzar Hai to prep for her character in Kalank. Sanam Saeed, who found it hard to believe that she may have contributed in Alia's portrayal of Roop, tweeted a news piece recently to say: "Alia Bhatt, if this isn't made up news, I'm tickled pink. Best wishes." In an interview with PTI earlier, Alia shared how she prepared for her role in Kalank and said: "I watched a lot of old films like Mughal-E-Azam and Umrao Jaan to get an understanding of grace and body language. I had to clean my Hindi as I am speaking Urdu. Abhishek asked me to watch Zindagi Gulzar Hai."

Elaborating more on her prep session, Alia told PTI that she drew inspiration for her performance from Sanam Saeed's character as they were similar in nature: "The character of the girl in the show is very much how Roop will deal with the situation. She has responsibility on her shoulders so she is not always a happy person. She is vulnerable yet strong. It is difficult (to bring so many) layers - unhappy, vulnerable and strong to a character. Abhishek kept saying that I should not be irritating."

Alia Bhatt also added that she first chanced upon the idea of Kalank during the filming of Student Of The Year in 2012 but it was only later that she was properly introduced to the script: "Later, I heard it from Abhishek and he said he was adapting the film in his own way. After many months, I realised Abhishek had written this role keeping me in mind. The process of this film coming to me was very organic."

Alia Bhatt plays one of the female protagonists in Kalank, which is a love saga set in the pre-independence era of 1945. The ensemble cast of Kalank also includes names such as Varun Dhawan, Aditya Roy Kapur, Sonakshi Sinha, Madhuri Dixit and Sanjay Dutt.