Varun Dhawan said: "Once people watch it they can make up their mind about that." 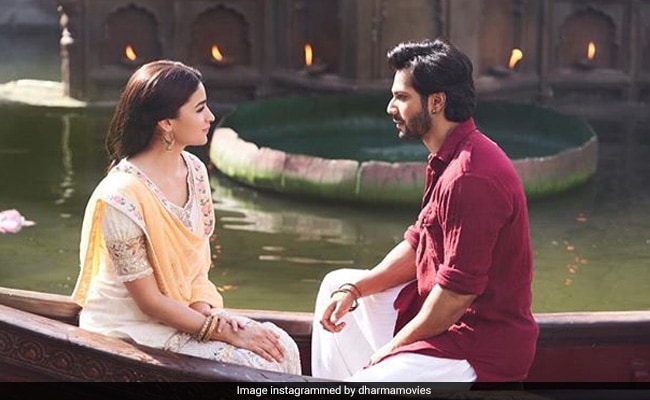 Actor Varun Dhawan who plays the role of Zafar, one of the six principal characters, in upcoming film Kalank denied that the film's plot is inspired by author Shuana Singh Baldwin's What the Body Remembers, reported news agency PTI. The actor said that he hasn't read the aforementioned book but added that the film's plot has several layers, which will only be revealed in the movie itself. "I have not read that book, I have no knowledge about that. But I don't think the premise is the same because our actual premise has not yet opened in the promos. Yes, there is a love story but the film is a lot more than that. Once people watch it they can make up their mind about that."

It appears from the trailer of Kalank, which dropped on the Internet earlier this week, that the film is set during the Partition of India in 1947 and it follows Roop (Alia Bhatt), who is married to an affluent man Dev Chaudhry (Aditya Roy Kapur) while she's romantically involved with Zafar. Dev, whose first wife is Satya (Sonakshi Sinha), gradually falls in love with Roop. As per reports, the characters' names in the film are similar to the names of the characters the book. Speaking of which, Varun said: "I don't know about the character names, it could be a coincidence. No one will be that stupid, that even if one had to copy, they would change names, why would the names be retained?"

Watch the trailer of Kalank:

In his defense for Kalank Varun Dhawan also added: "As far as I know, Karan had this story for a very long time which he wanted me to do." Before releasing the promotional material of Kalank, Karan Johar had said that the film was "born in (his) heart and mind 15 years ago." In an Instagram post, Karan Johar had said that it was the last film his father (producer Yash Johar) had worked on before he died.

Kalank is directed by Abhishek Varman and it also stars Madhuri Dixit, Sanjay Dutt and Kunal Kemmu. The film is slated for April 17 release.