Pics: Mahesh Babu And Jr NTR Pause Maharshi And RRR To Party With Their Pals 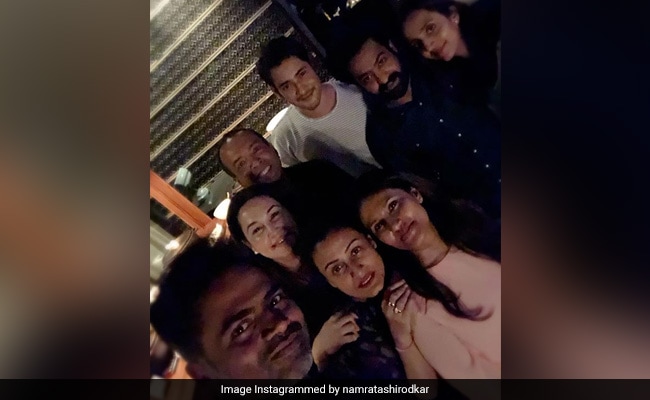 Check out photos from Mahesh Babu and Jr NTR's night-out with their friends.

Mahesh Babu is currently looking forward to the release of Maharshi, which is directed by Vamshi Paidipally. The teaser of the film released over the weekend and it conquered the Internet in a short span of time. The teaser presented Mahesh Babu as Rishi, an over-ambitious businessman who doesn't accept defeat.

Watch the teaser of Maharshi:

Maharshi, also starring Allari Naresh and Pooja Hegde, opens in cinemas on May 9. This is the first time Vamshi Paidipally has directed Mahesh Babu while the filmmaker made Brindavanam (2010) with Jr NTR.