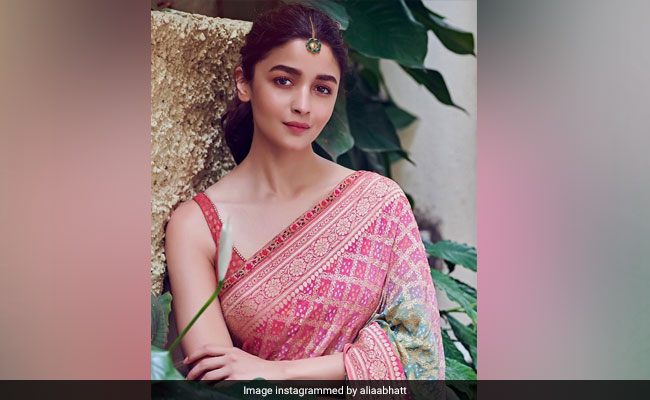 Alia Bhatt couldn't have been in a better spot in terms of her career and the 26-year-old actress added yet another feather to her hat as she has been nominated as the Most Inspiring Asian Woman for the People's Choice Awards 2019. Alia, who has been nominated for for the coveted title, will be competing against stars like Praya Lundberg Chutimon Chuengcharoensukying, South Korean singer CL, South Korean actress Jung Yu-mi, Raline Shah, Yuna and Zhou Dongyu. Alia is also the only Indian to have made it to the list this year. The voting process will take place online and it will be operational till October 18 this year. The winner of the title will be announced on November 10 during the award ceremony.

As of now, Priyanka Chopra is the only India to have won People's Choice Awards. The 37-year-old actress won the Favorite Actress in a New TV Series in 2016 and the Favorite Dramatic TV Actress award in 2017 for playing the role of FBI agent Alex Parrish in the American drama series Quantico.

Alia Bhatt who stepped into Bollywood with the Dharma Production-backed 2012 film Student Of The Year, has delivered several hits during her tenure in Bollywood. She is best-known for her performances in films like Highway, Raazi, 2 States, Gully Boy, Dear Zindagi and Humpty Sharma Ki Dulhaniya to name a few.