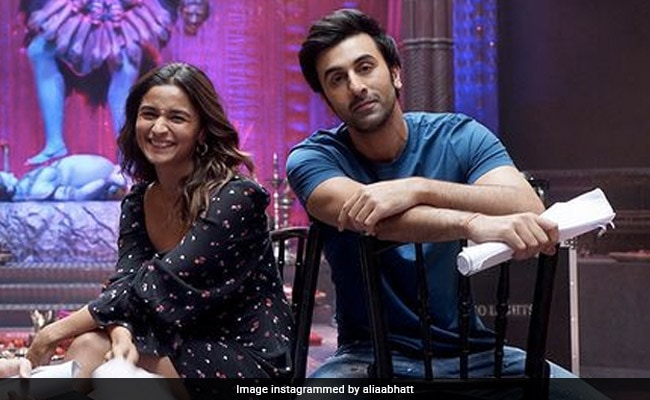 Alia Bhatt and Ranbir Kapoor have been the talk of the town ever since the reports of their wedding started doing rounds. Though the couple has been tight-lipped, Alia, for the first time, has reacted to the buzz. Yes, the actress recently dropped a comment on a video posted by YouTuber Nikunj Lotia, popularly known as BeYouNick, on his Instagram handle. In the hilarious video, Nikunj can be seen dressed in a white kurta-pyjama running behind a car that has the banner "Alia weds Ranbir" written on it.

Recreating a scene from Shahid Kapoor's film Kabir Singh, Nikunj then shared a picture with Alia. After a few seconds, his photo is replaced with Ranbir. He also added a sad song to the video to give the heartbreaking essence. Sharing the video, he captioned it as "Me on 17th April," along with a heartbreak emoticon.

Soon after he shared the video, Alia dropped a comment, "ded," along with a laughing emoticon. 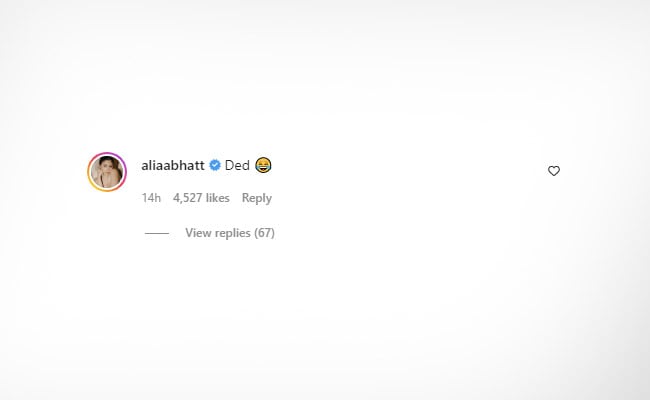 Meanwhile, Ranbir Kapoor and Alia Bhatt's wedding preparation seem to be in full swing, as reports suggest. On Sunday, RK Studios was seen decorated with lights. As per reports, their wedding ceremonies will start on April 13 and continue until April 17. Post their wedding, the couple will offer langar at a Gurudwara in Mumbai as part of the rituals.

For the D-Day, Alia Bhatt will be wearing a lehenga designed by ace designer Sabyasachi, and for other functions, she will wear outfits designed by Manish Malhotra, as per reports.

On the work front, Ranbir Kapoor and Alia Bhatt will be soon seen in Ayan Mukerji's Brahmastra. It will be the first time they will star as an onscreen couple.