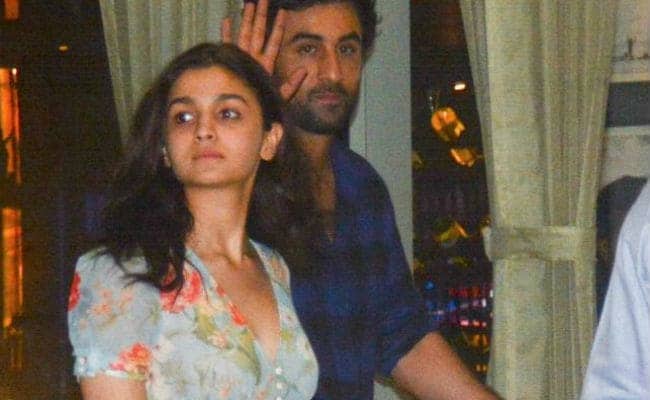 Ranbir Kapoor is reportedly on a no-junk diet

Looks like Alia Bhatt, who believes in clean-eating (check out her Instagram for proof), has passed on one of her habits to rumoured boyfriend Ranbir Kapoor. A recent report in Filmfare states that the 25-year-old actress is reportedly in charge of maintaining a healthy diet for Ranbir. Alia has reportedly formulated a diet plan for her Brahmastra co-star and there's no room for junk in it. "She has created a balanced diet for him. All the junk food is out," Filmfare quoted a source as saying. And it appears that Ranbir has no qualms about it: "And Ranbir, like an obedient child, is following his girlfriend's instructions," the source added.

Meanwhile, it's Ranbir Kapoor's birthday on Friday. While he blew out 36 candles on his cake, his day was made real special with a birthday greeting that said: "Happy Birthday Sunshine!" Shared on Friday afternoon, the post garnered over 1,469,440 likes in just 8 hours. Check it out here:

Meanwhile, we all know that Alia Bhatt is a fan of meals comprising malt bread, avocado, tomatoes, poached eggs. Even though she has her cheat days, Alia loves salads and juices too! Here are what we spotted on her Instagram.

Who knew a piece of malt bread with avocado, tomatoes and a poached egg would make me so happy? #breaky #vacaylovers

Alia Bhatt and Ranbir Kapoor are not just the Internet's favourite rumoured couple but are also co-stars of Brahmastra. Ranbir and Alia will co-star for the first time in Brahmastra, which also co-stars Mouni Roy, Amitabh Bachchan, Akkineni Nagarjuna and Dimple Kapadia. Directed by Ayan Mukerji, Brahmastra is being made as a trilogy, the first part of which will release next year.