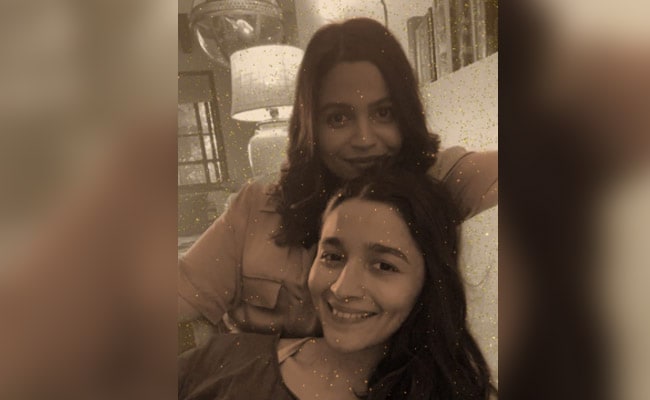 Alia Bhatt and sister Shaheen are the cutest siblings of Bollywood and the actress's latest story on Instagram proves it. On Saturday, Alia Bhatt, in a selfie session mood, clicked a photo of herself and Shaheen Bhatt using an Instagram filter and shared that they are "swifties for life" i.e singer Taylor Swift fans for life. Alia posted the picture on her Instagram story and needless to say, her photo, within minutes, stole the spotlight on the Internet. Sharing the picture, Alia Bhatt captioned it: "Swifties for life" and added the name of Taylor Swift's album "Folklore." Check out the photo here: Earlier on Saturday, Alia Bhatt shared pictures of her pet cats - Juniper and Edward - with an ROFL caption. She wrote: "When all else fails turn cat paparazzi." Here's the post we are talking about:

when all else fails turn cat paparazzi

A couple of days ago, Alia Bhatt trended big time on social media after she shared a beyond adorable throwback photo of herself from her childhood diaries. In the monochrome picture, pint-sized Alia can be seen adorably posing for the camera. Her picture received a whole lot of love from Ranveer Singh, Hrithik Roshan, Dia Mirza, Bipasha Basu and Riddhima Kapoor Sahni, who is the sister of Alia's boyfriend Ranbir Kapoor.

In terms of work, Alia Bhatt was last seen in Kalank. She has several projects lined up as of now, including her father Mahesh Bhatt's Sadak 2, Brahmastra with Ranbir Kapoor, Amitabh Bachchan and Nagarjuna Akkineni, Sanjay Leela Bhansali's Gangubai Kathiawadi and SS Rajamouli's RRR.