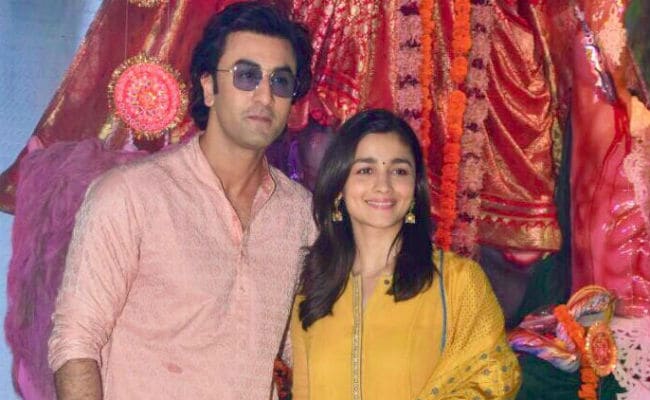 Alia Bhatt and Ranbir Kapoor will soon star in Brahmastra.

New Delhi: Actress Sonakshi Sinha and designer Manish Malhotra appeared to have outed a bunch of Bollywood couples, even one who aren't actually a couple - yet. On an episode of Vogue BFFs, hosted by Neha Dhupia, Sonakshi and Manish were asked to name a) a couple who are dating but won't admit it b) predict a hook up of the year and c) the break-up of the year. The first one was relatively simple and it's unlikely Deepika Padukone and Ranveer Singh will be taking Sonakshi to task for naming them. It was Manish Malhotra's prediction of a 2018 romance that was the aha moment. His pick for possible couple of the year - Alia Bhatt and Ranbir Kapoor. Surprised? But when you think about it, Alia and Ranbir have all the time in the world to, as Neha Dhupia put is, hook up because of all the time they are spending together filming Brahmastra. And if that's the aha couple of 2018, it follows that the oho couple will be Alia and Sidharth Malhotra, who are reportedly dating (again, outed by Sonakshi on the show).

Hey, Manish and Sonakshi said it, not us. Watch here:

Promoted
Listen to the latest songs, only on JioSaavn.com
Alia and Sidharth debuted together in Karan Johar's 2012 film Student Of The Year and have refused to admit they are dating. They are often spotted partying and chilling together although there has been a cloud over their (alleged) relationship status since the 24-year-old actress was pictured hanging out with ex-boyfriend Ali Dadarkar.

Ranbir Kapoor broke up with actress Katrina Kaif some time in 2016 and was rumoured to be dating Pakistani star Mahira Khan last year. Just months ago, a photo of them in New York went viral. Ranbir confessed on the last season of Koffee With Karan that he dislikes being single so if that's what he currently is, it's likely going to change ASAP.