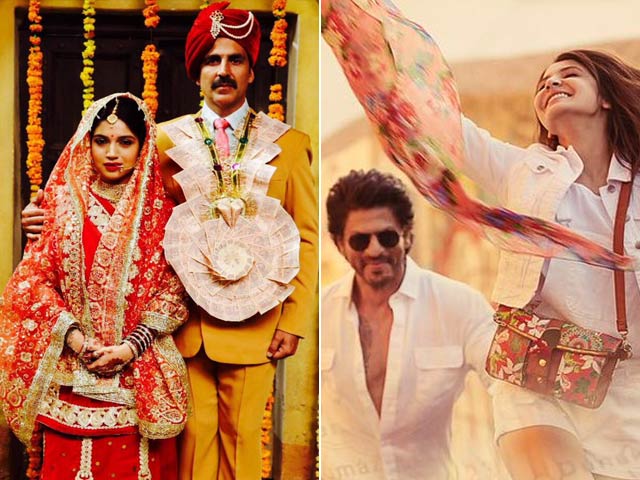 It's SRK versus Akshay Kumar on 11 Aug 2017 now... Imtiaz Ali's SRK-Anushka starrer [not titled yet] versus #ToiletEkPremKatha.

Last month, Akshay, 49, 'treated' us with Keshav and Jaya's 'unique love story.' The film was earlier scheduled to release on June 2.

Few days ago, Akshay, who was last seen in Jolly LLB 2, shared a video on Twitter addressing the issue of open defecation.

Meanwhile Anupam Kher, who plays Bhoomi's grandfather in the film, is collaborating with Akshay for the 20th time, revealed the actor via a tweet.

It is a wrap. Great being part of #ToiletEkPremKatha. Entertainment mixed a cause doubles d joy. My 20th film with @akshaykumar. #JoyRidepic.twitter.com/Q16y6iRmWC

Promoted
Listen to the latest songs, only on JioSaavn.com
Of his role, Mr Kher told India Today, "I play Bhoomi's grandfather, who is a very liberated person in this village where everyone else is very narrow-minded. Bhumi and he are on the same page. He feels that there should be a toilet for women in the village, and that they should not go for open defecation."

Akshay, 49, will be sharing screen space with Bhumi, 27 for the first time. Toilet: Ek Prem Katha is produced by Aruna Bhatia and Plan C Studios in association with Abundantia. It is presented by Viacom18 Motion Pictures and KriArj Entertainment.