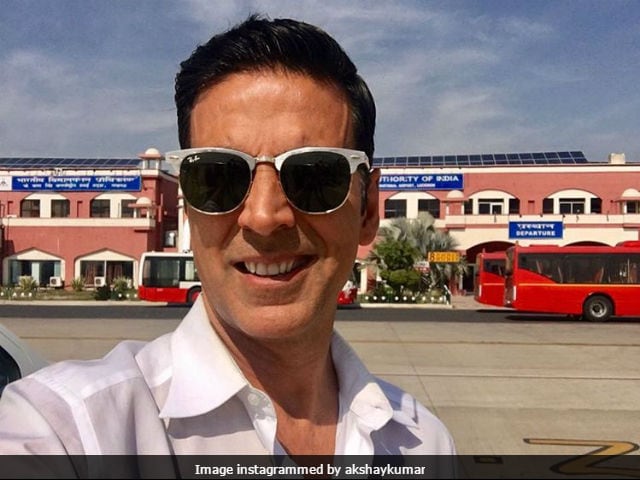 New Delhi: Akshay Kumar recently made a donation of Rs 9 lakh each to the families of 12 CRPF jawans, reports news agency PTI. The 12 CRPF personnel were killed in a Naxal ambush in Chhattisgarh on March 11. Officials told PTI: "Soon after the incident, the actor approached the Union Home Ministry with a request to obtain the bank account numbers of the family members of the jawans who were killed in the March 11 ambush as he wanted to make a monetary donation to them." The 49-year-old actor is not only known for is known for his charitable work but also for portraying patriotic characters in his films like Rustom, Baby, Holiday: A Soldier Is Never Off Duty and Airlift.

"The Ministry accepted Akshay Kumar's request and directed the Central Reserve Police Force (CRPF) to share the bonafide bank account numbers of the families of the slain personnel. Akshay Kumar then transferred Rs 9 lakh each in the bank accounts yesterday," the officials added.

"Akshay Kumar's gesture exhibits his patriotism and devotion towards the country in general and CRPF in particular," the paramilitary force said in a statement.

Akshay Kumar was last seen in Subash Kapoor's Jolly LLB 2 co-starring Huma Qureshi, Saurabh Shukla and Annu Kapoor. He will next be seen in Naam Shabana, directed by Shivam Nair. The film is a prequel to the 2015 film Baby. The film also features Taapsee Pannu who will be seen reprising her role as Shabana. The movie is scheduled to release on March 31.

The Hera Pheri actor is currently shooting for R Balki's Padmanalong with Sonam Kapoor and Radhika Apte. Akshay Kumar recently posted a picture on social media with his wife, Twinkle, captioned: "Embarking on a new journey, this time with the Mrs. First day of Twinkle Khanna, Padman directed by R Balki, need your love and luck as always." Twinkle Khanna will be producing the film.

Promoted
Listen to the latest songs, only on JioSaavn.com
His other upcoming projects are - Toilet: EK Prem Katha and 2.0.