"There is no bigger relationship than that with a sister," said Akshay Kumar 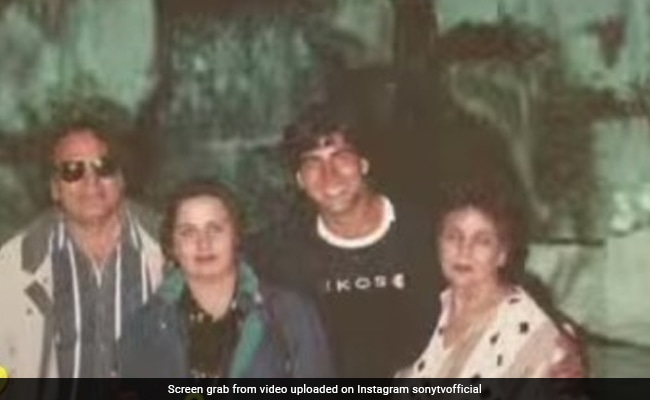 Akshay Kumar with his family in a throwback. (courtesy: sonytvofficial)

Akshay Kumar, busy with the promotional duties of Raksha Bandhan, checked into the sets of the singing reality show Superstar Singer 2, where he was surprised by a special message by sister Alka Bhatia. As a montage of Akshay and his sister's photos played on the screen, his sister said in a voice note, "I just remembered while chatting with someone that the festival of Rakhi is on August 11. You stood beside me at all times, good and bad." She added, "Dost, bhai, baap, saare role nibhaye tune (From being a father, friend to a brother, you played all roles for me. Thank you for everything)." An emotional Akshay Kumar could not help but cry after watching the video.

"Hum ek chhote se ghar mein rehte the, lekin is devi ke aane ke baad puri zindagi badal gayi. Jo behen ka rishta hota hai, usse bada koi nahi hai (We used to live in a small house. After the arrival of this goddess, our lives changed. There is no bigger relationship than that with a sister)," Akshay Kumar says in the video posted by Sony TV's official Instagram handle.

Raksha Bandhan will clash with Aamir Khan's Laal Singh Chaddha at the box office. Both the films are slated to release on August 11 this year and both the projects will have theatrical releases.