Ajeeb Daastaans: Nushrratt Bharuccha Prepped For Her Role By Observing Her House Help

"She helped me tremendously to get a deeper understanding of my character," said Nushrratt Bharuccha 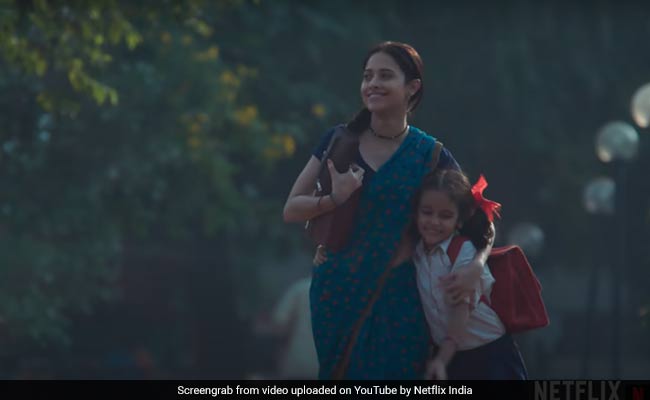 Nushrratt in a still from Ajeeb Daastaans. (courtesy YouTube)

Nushrratt Bharuccha, who awaits the release of Ajeeb Daastaans, in a recent interview with India Today, revealed that she prepped for her role in the film by observing her house help. Nushrratt will play the role of a house help named Meenal, in the anthology film. "While I was thinking about how to get into the character of Meenal, I started observing my own house help to understand her mannerisms and characteristics. She was a great reference point for me and unknowingly, she helped me tremendously to get a deeper understanding of my character in Ajeeb Daastaans," the actress told India Today.

Nushrratt, who took inspiration from her own house help to form a better understanding of her character Meenal, added, "She would make all of us feel at home with her fun banter. And, that is what I wanted my character to also portray in the film."

The actress stepped into Bollywood with the 2009 film Kal Kissne Dekha. She later went on to feature in films such as the Pyaar Ka Punchnama series, Sonu Ke Titu Ki Sweety , Dream Girl and Chhalaang. She will next be seen in Chhorii and Ram Setu.