How Cat Mom Nushrratt Bharuccha Was Punished For Waking Up Late 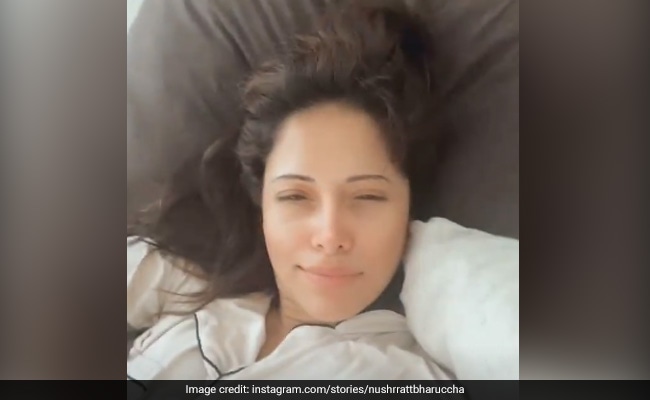 Nushrratt Bharuccha shared this on her Instagram story (courtesy nushrrattbharuccha)

Could Nushrratt Bharuccha's latest entry on Instagram be any more relatable? At least those who have ever lived with a cat will understand what we are talking about. Nushrratt, waking up late, was all smiles only to find her pet feline Noah 'grumpily staring her down.' We feel you, Nushrratt. The actress shared a video on her Instagram Stories, on Tuesday, which opened to her smiling at the camera. She wrote, "When I wake up late." The smile quickly disappeared from her face when she saw Noah glaring at her. 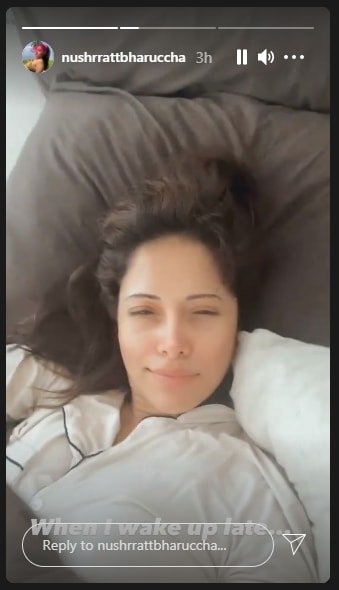 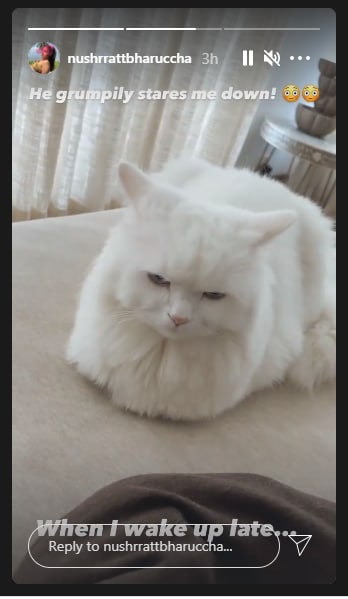 Unless Nushrratt makes Noah wait in the morning, he is all adorable. The white Persian kitty spends quality time with his parent and often features on Nushrratt's Instagram timeline. In one post, the actress captured a rare moment when Noah sat on her lap peacefully. She captioned, "This is my dose of happiness, fur-real! One of the rare epic times he sits in my lap peacefully! Had to be captured!"

Noah and Nushrat are the purr-fect pair. Her moments with the cat during the quarantine were way too adorable. Here it is:

The 35-year-old actress, who changed the spelling of her name last year, revealed that she did not do it just for good luck. She had said, "I met a numerologist and they explained the science to me. I believe a lot in the universe and how it works via energies and vibrations. They explained to me about the potential of the new spelling of my name and I did it."

Nushrratt has a pretty busy work slate ahead. The shooting of her next film, titled Ram Setu, is temporarily on halt after lead actor Akshay Kumar's COVID-19 diagnosis. Nushrratt will be seen in the upcoming Netflix anthology film, Ajeeb Daastaans, set to release on April 16. She also has Chhorii, a remake of the Marathi film Lapachhapi.