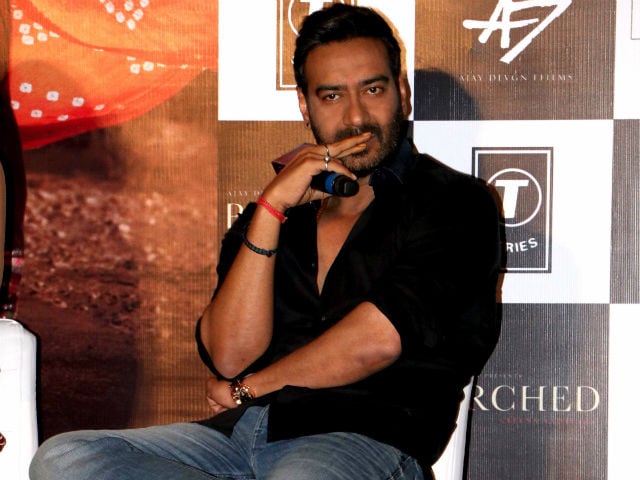 Mumbai: Actor-filmmaker Ajay Devgn says his forthcoming production, Parched isn't just about women, but also about the issues that society faces at large.

"This film isn't about women only, but also about the men, where both are victims. It is the societal pressure which forces men to do things apart from the mind-set. So, this film talks about tackling both the issues," he said at the trailer launch of the film.

"As a producer, when making a film like this, you should be prepared for implications. As for the film, we've shown the reality, but sometimes the CFBC are also correct. Beyond a limit, one can't exhibit anything for the sake of reality."

"Therefore, I think makers should know their boundaries - what to show and what not to. In this film, we didn't face any trouble. The film deserves an adult certification and we got that," he said.

Promoted
Listen to the latest songs, only on JioSaavn.com
"Films like Parched don't get that much admiration if they are only released in theatre. Film festivals are important to promote and earn appreciation," he said.