A video of Aishwarya adorably greeting Aaradhya and Abhishek at the launch event is crazy viral. 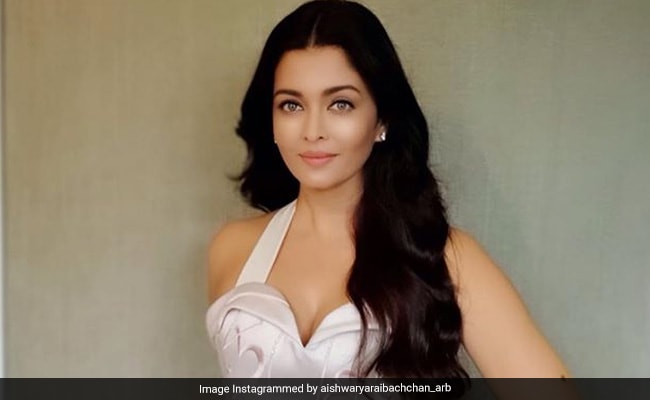 After hosting a blockbuster Diwali party on Sunday, Aishwarya Rai Bachchan, who celebrates her birthday on November 1, flew into Rome with daughter Aaradhya and husband Abhishek Bachchan. The former beauty queen celebrated 20 years of her association with the watch brand Longines by headlining an event to launch their new collection Dolce Vita on Wednesday. Before stepping out in front of the paparazzi for the Longines event, Aishwarya had a personal photoshoot and shared glimpses of her sparkling look on Instagram. Aishwarya was a sight to behold in a Ziad Germanos gown, which she styled with a nude make-up look and wore her hair in soft waves.

DolceVita in Rome with Longines

A post shared by AishwaryaRaiBachchan (@aishwaryaraibachchan_arb) on Oct 30, 2019 at 9:27am PDT

A post shared by AishwaryaRaiBachchan (@aishwaryaraibachchan_arb) on Oct 30, 2019 at 9:28am PDT

A post shared by AishwaryaRaiBachchan (@aishwaryaraibachchan_arb) on Oct 30, 2019 at 9:23am PDT

Meanwhile, a video of Aishwarya adorably greeting Aaradhya and Abhishek at the launch event is crazy viral. Aaradhya, who was spotted twinning with mom Aishwarya, can be seen embracing the actress in a hug when she also calls out to Abhishek to join her on the stage.

However, it appears that Abhishek has big plans lined-up for Aishwarya's 46th birthday. A source close to the couple told mid-day that Aishwarya will celebrate her birthday at a "exotic" venue: "After that, the trio will explore Rome and possibly the Vatican City over the next three days. He has already zeroed in on an exotic venue where they will ring in Ash's birthday on the night of October 31." The mid-day report added that once Aishwarya and Abhishek will also host a party once back in Mumbai: "Before they dive headlong into work, the couple will organise an intimate party for their friends on their return to the bay."

On the work front, Aishwarya and Abhishek will reunite on the big screen with Anurag Kashyap's upcoming film Gulab Jamun.